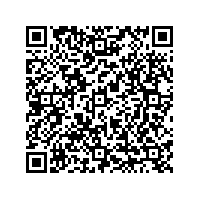 Unit 4 Agresso announces result for first half of 2009

Unit 4 Agresso has announced its results for the half year ended 30 June 2009. The ongoing uncertainty in the global economy continues but the Group has made consistent progress and its results are in line with expectation.

The Group's mission for 2009 called for improving organisational efficiency (cost reduction) and focusing on cash through working capital management. Unit 4 Agresso has been particularly successful in relation to the latter objective, strongly improving cash flow during the first half of 2009. The operating cash flow during the first half of 2009 amounted to €47.7 million (€30.8 million in H1 2008). By paying even more close attention to cash flow (credit control and invoicing), Unit 4 Agresso managed to improve its working capital by €29.5 million despite the impact of the recession.

The poor worldwide economic climate continues to affect licence income and although companies are showing interest in efficient operating software, decision-making processes have been extended by a reluctance to invest at present. As a results licence earnings decreased by 21%. However June saw a strengthening in licence earnings not only by Agresso Business World but also from the CODA products and the Benelux solutions, which is encouraging.

The CODA and Agresso solutions offer advantages for specific target groups. These benefits were enhanced by sharing of resources and knowledge, which is already producing greater synergies. The Group continues to integrate both organisations by reducing central office costs at CODA and integrating sales activities in various countries. The additional resources based in the Unit 4 Agresso R&D centre in Spain proved beneficial to the existing development team with the cost-efficient market introduction of the new SaaS product CODA 2go.

However, total revenues declined by only 2% (pro forma: 4%) because contract revenues again rose strongly. Revenues from contracts (maintenance and subscriptions/SaaS) rose by 11% to a level of €88.2 million (H1 2008: €79.7 million) and the share of contracts in total revenue rose to 47% (H1 2008: 42%). An important aspect is that existing customers suffered few losses or bankruptcies. Additionally customer attrition remained at a very low level of less than 3%.

Performance exceeded market levels in the four most important markets of Benelux, United Kingdom, Norway and Sweden. Revenues in the Benelux countries rose by 2% (pro forma: - 4%). In addition to Agresso Business World and CODA important contributions to the increase were also made by products for accounting and administrative offices, salary processing and health care. In Sweden and Norway exchange rate effects decreased revenues (8% and 4% respectively), but pro forma revenues rose by 7% and 8% respectively. The most important success factors here were the strong representation in the public sector and a large community of satisfied customers. The capacity cutback in the United Kingdom was largely responsible for a revenue decline of 4% (pro forma 8%).

Revenues rose by 18% (pro forma 8%) in North America to a level representing 6% of total revenues. With two branches distributed across the West and East coasts and a product range covering both Agresso Business World and CODA products, major orders were received especially during June.

The Spanish economy has been hard hit by the global recession. Significantly weaker demand from the public sector, the construction and design industry and financial service vendors caused revenues to fall by 14%. Unit 4 Agresso undertook cost-saving measures during the first half year and cost are now more in line with the level of activity.

Revenues in Germany were 4% lower (pro forma: -4%). Large investments were made in Germany in 2008 to enhance Agresso Business World to meet specific local public sector requirements. A number of orders are expected from this sector during the second half of this year.

Unit 4 Agresso's CEO Chris Ouwinga: "In the first half of 2009 we achieved improved synergy benefits and adjusted cost levels to the current economic circumstances wherever necessary. We proved that our relatively flexible cost structure enables us to be effective in poor economic circumstances. We also witnessed the successful integration of CODA and Agresso.

"An important point of attention during the past period - naturally in addition to the providing continued assistance and guidance to our customers - was our concentration on generating as much cash as possible. Our objective is to reduce the loan as quickly as possible because the economic climate certainly offers opportunities as well as risks. We are therefore using CODA 2go, our international SaaS product, to set up a professional organisation in the USA and have incurred costs of more than €1 million for this purpose in the first half of 2009. Besides this, we have seen that the scale of operations and consolidation offer important efficiency benefits. We believe that our current product range offers adequate opportunities for further expansion in both the public and private sectors."

"Economic circumstances continue to make it very difficult to predict market demand for the whole of 2009. In 2009, Unit 4 Agresso is also concentrating on internal measures such as achieving synergies through cost economies and restructuring. Meanwhile, restructuring measures have also been taken in risk areas such as Spain and the United Kingdom. On the other hand however, Unit 4 Agresso also sees an increasing number of revenues opportunities and, as far as can be estimated at present, expects a relatively strong final quarter.

"Unit 4 Agresso currently continues to expect that it can at least achieve an operating profit (EBITDA) that is unchanged from last year despite diminished license earnings."

This document contains certain future expectations about the financial state of affairs and results of the activities of Unit 4 Agresso as well as certain related plans and objectives. Such expectations for the future are naturally associated with risks and uncertainties because they relate to future events, and as such depend on certain circumstances not arising in future.

Various factors can cause real results and developments to deviate considerably from explicitly or implicitly made statements about future expectations. Such factors may for instance be changes in expenditure by companies in important economies, statutory changes and changes in financial markets, in pension costs, in the salary levels of employees, in future exchange and interest rates, in future takeovers or divestitures and the pace of technological developments. Unit 4 Agresso therefore cannot guarantee that the expectations will be realised. Unit 4 Agresso also refuses to accept any obligation to update statements made in this document.

NOTE: This is a summary of the full Semi-Annual Financial statements press release for Unit 4 Agresso. The full release may be viewed or downloaded here: www.unit4agresso.com. Details of the financial results audio webcast can also be found there.

Headquartered in Sliedrecht, the Netherlands Unit 4 Agresso was founded in 1980. Today, Unit 4 Agresso is the 4th largest mid-market ERP solution provider in the world according to analyst IDC (2008). It develops, sells, implements and supports business software for running, managing and optimising a wide range of private and public sector organizations across the globe. The group has 3,500 staff in offices across 14 European countries and 5 countries outside Europe, from where it supports customers and partners in all regions of the world. It is publicly quoted on the NYSE Euronext Amsterdam (U4AGR).