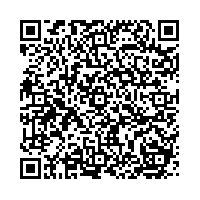 Subscribe to news
(PresseBox) ( Los Angeles, CA, 10-08-19 )
Cavitation Technologies, Inc. (CTI) (OTCBB: CVAT & Berlin/Stuttgart: WTC) is pleased to announce that its Green D Plus Nano Refining System is now in commercial operation at Carolina Soya, LLC, a vegetable oil refining facility located in South Carolina. The System is designed for use in refining and processing vegetable oils into edible consumer food products and for other liquid applications and processes.

After recently completing a pilot test spanning over two months of continuous operation, CTI's system has been fully integrated into the Carolina Soya facility and is being operated under an equipment leasing arrangement developed with CTI.

Commenting on the CTI system, Paul E. Hankey, Jr. General Manager of Carolina Soya recently stated "The operation of the Green D Plus Nano Refining System has been straightforward and simple . . . and will continue to be a significant processing improvement for our refinery."

On January 20, 2010, CTI announced that it had entered into a worldwide licensing and distribution agreement for its Green D Plus System with Desmet Ballestra, a worldwide leader in the design and delivery of advanced processing systems for vegetable (edible) oil extraction and refining facilities throughout the world. The CTI System being operated at Carolina Soya is the first commercial deployment of CTI's technology in the vegetable oil industry.

Tim Kemper, CEO of Desmet Ballestra North America, added, "I think this technology really has the potential to be the biggest improvement that the refining industry has seen in decades."