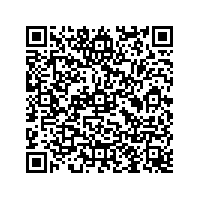 Subscribe to news
(PresseBox) ( Galgary, 10-08-12 )
Petromanas Energy Inc. ("Petromanas") (TSXV:PMI) announces that Mr. Bill G. Cummins, MBA, CA, has been appointed as CFO effective September 1, 2010. Mr. Verne Johnson, Chairman of the Board, stated: "We are excited to have Mr. Cummins join Petromanas. His extensive international oil and gas experience will be a valuable addition as we continue to build our management team."

Mr. Cummins is a Chartered Accountant with over 20 years of experience. His international background has spanned 12 years, including nearly three years as CFO of a TSX listed oil and gas company with operations in Yemen, and seven years as a senior financial executive of an international joint venture which grew to over 75,000 bopd. From 2001 to 2007, Mr. Cummins was the Vice President, Corporate Finance and Director of an independently owned brokerage firm. During this period, he focused on raising capital for public and private companies, primarily in the oil and gas sector. Mr. Cummins also provided advisory services which assisted in the evaluation and acquisition of petroleum exploration permits in various countries.

Petromanas has granted Mr. Cummins options to purchase an aggregate of 1,500,000 shares at an exercise price of $0.40 per share for a period of ten years from August 11, 2010 with vesting over a 3 year period.

Mr. Ari Muljana will resign as CFO effective August 31, 2010. The Board of Directors would like to thank Mr. Muljana for his contributions to Petromanas and wishes him well in his future endeavours.

Petromanas is an international oil and gas company focused on the exploration and development of its assets in Albania that possess worldclass resource potential. Petromanas, through its whollyowned subsidiary, holds three Production Sharing Contracts ("PSCs") with the Albanian government. Under the terms of the PSCs, Petromanas has a 100% working interest in six onshore blocks (Blocks A, B, D, E, 2 and 3) that comprise more than 1.7 million acres across Albania's Berati thrust belt.