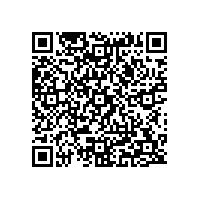 CAN bus cable for commercial vehicles

(PresseBox) ( Stuttgart, 17-04-19 )
The Stuttgart-based Lapp Group will be showcasing a new CAN bus cable for commercial vehicles such as fire engines at Hannover Messe 2017. Lapp is thus expanding its range of UNITRONIC® data cables. A durable spiral cable is another new addition.

UNITRONIC® BUS HEAT 6722 is a data cable that falls under the CAN bus standard. It is especially suitable for vehicle bodies. 250,000 commercial vehicles are registered every year in Germany alone. They include fire engines, low loaders or snow-clearing vehicles, for example. The CAN (Controller Area Network) bus is often used as a communication standard. However, there were previously no specifically adapted cables to suit these applications. Lapp is now changing this situation by launching the UNITRONIC® BUS HEAT 6722. Not only does it withstand oil, petrol, diesel, lubricants, UV light, the wind and the elements, it is also temperature-resistant between -40 and +105°C in accordance with DIN/ISO 6722 Class B.

As this cable is also sometimes laid in passenger transport vehicles, certification under ECE R118 (Burning Behaviour of Materials Used in Interior Compartments) is mandatory. According to this regulation, the sheath material must be halogen-free so that, in the event of a fire, a person’s airways are not chemically burnt when the blazing plastic comes into contact with extinguishing water. As a result, only a sheath made of special polyurethane can be used here.

The UNITRONIC® BUS HEAT 6722 also has a particularly small diameter. The Lapp engineers managed to achieve this by forming a star quad, also known as a twisted quad, with the cores in the cable. This saves space and weight and allows for narrow bending radii. The cable has a highly flexible sheath and fine-wired strands, so it is ideal for installation in moving applications such as an extendible fire ladder, for example. UNITRONIC BUS HEAT 6722 is available in four variants with core cross-sections of 0.25 to 0.75 mm2 to cover a variety of participant numbers and different cable lengths.

The UNITRONIC® Spiral is a real specialist. As its name suggests, the product is a spiral data transfer cable. The Lapp cable is particularly robust and designed for use in material handling, conveyor systems or control technology. Lapp uses PUR sheaths for its spiral cables. Unlike PVC, PUR’s restoring force is retained for years – even when it is subjected to constant loading. This has been proven in tests performed in Lapp’s own test centre, during which the cable was stretched and relaxed again 60,000 times.

These and many other innovations from Lapp will be on show at Lapp’s stand (C03) in Hall 11 at Hannover Messe.