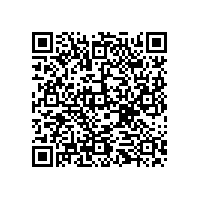 A strong partner for e-mobility

(PresseBox) ( Stuttgart, 17-04-20 )
Lapp Systems GmbH, a Lapp Group company, will demonstrate just how easy and flexible charging an electric vehicle can be with its charging systems at Hannover Messe from April 24 to 28. At Lapp’s stand at the Baden-Württemberg Pavilion (Hall 27 / stand H71), visitors to the trade fair can try out the new, handy DESIGN connector in the triple shell design and the robust HEAVY DUTY connector, or examine the practical Lapp HELIX fast-charging cable. Lapp will also be presenting innovative technologies that make the charging process both easier and safer, such as a charging plug featuring an integrated RFID chip that automatically registers the vehicle on the charging station, as well as the new Mode 2 charging concept with IC-CPD (in-cable control and protection device). This technology enables drivers of electric vehicles to conveniently and safely charge their cars at home using a common household socket outlet and – in future – to even check the charging status using a smartphone app too.
Customer-specific charging solutions for electric and hybrid cars are one of Lapp Systems’ core competencies. They are technologically adapted to each vehicle and are also harmonised with the overall vehicle concept in terms of design and appearance.

New charging systems for BMW
The new DESIGN charging systems from Lapp, which have been on the market since 2016, are used in the likes of the BMW iPerformance models (2 Series Active Tourer, 3 Series, X5 and 7 Series). They differ from the existing HEAVY DUTY variant for the BMW i models (BMW i3 and BMW i8) in that they have a higher charging capacity of 22 kW (as opposed to 7.4 kW previously), which allows more electrical energy to flow to the batteries within an extremely short space of time. The connectors are both lighter and sleeker, making them ideal for everyday use in the private sector. The connectors are no longer insert-moulded. Instead, they are made up of three shells, which guarantee absolute leak-tightness thanks to their screw fixation.
The three-shell housing enables a wider range of design variations and contrasting colours – with dark grey and blue being used for BMW, for example. Even in the case of versions produced for other manufacturers, the designers are able to give free reign to their ideas and apply the corporate design of their company to all connector variants.

Intelligent logo
An important detail for the branding of a charging system is the logo on the upper shell of the connector. However, even more interesting from a technical perspective is what lies beneath the logo in the case of Copenhagen-based car sharing provider Drive Now: an RFID chip, which stores the customer data and which registers at the charging point wirelessly. As the RFID chip is uniquely assigned to the vehicle in question, the operators always know which vehicle is being charged where, and how much power is being used in the process. The driver can also immediately see which of the two connectors they have to plug into the vehicle and which into the charging point.
Karl Knezar, Head of the Mobility Business Unit at Lapp Systems GmbH: “Flexibility and safety during the charging process are decisive for the future of electromobility.”

Wallbox with Lapp technology
The language of design introduced by BMW in the i3 and the i8 – grey, from silver-grey to black, with light blue accents – is continued in the BMW i Wallbox charging stations, which are black with a silver-grey frame. The light blue accent is again provided by the cable from Lapp Systems. A Wallbox can be installed in a home garage or at a company car park in order to provide a ready supply of electrical energy.

Lapp HELIX
Visitors to the Lapp stand can try out the practical Lapp HELIX fast-charging cable, which was introduced by Lapp back in 2012 as a fully-assembled charging system for the BMW i3 and has undergone constant further development ever since. The cable, which is extracted from a disc-shaped worm gear when required for charging, recoils back into a spiral shape once the charging process is complete – thereby tidying itself up, so to speak. With the same extension length, it is 40 per cent lighter than a conventional coiled cable similar to that featured in an old telephone receiver.

You will find Lapp’s e-mobility range at Hannover Messe in the Baden-Württemberg Pavilion, Hall 27, stand H71.