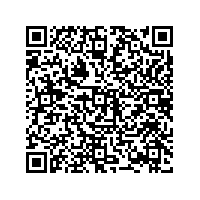 Brazil set to move up to first position in production

In its first outlook on the 2019/20 supply situation for soybeans, the USDA expects a decline in production combined with growth in consumption. The US authority sees the 2019/20 global soybean harvest at 356 million tonnes. This translates to an around 6 million tonne drop from 2018/19.  Production is anticipated to rise slightly in China and Paraguay and actually hit a record high in Brazil, while falling to the lowest level in four years in the US. As a result, Brazil would be the number one producer with an output of 123 million tonnes, followed by the US with 113 million tonnes.

2019/20 global trade in soybeans is seen at 151 million tonnes, which is almost the previous year's level. Brazil remains the top exporter, although the country is expected to export slightly less than it does in the current season. By contrast, a considerable increase in exports is projected for the US, although export destinations have changed from China to Europe. China and the EU remain the principal importing countries in 2019/20. Whereas China is forecast to see a slight rise in consumption - despite the rampant African Swine Fever virus -, the EU's soybean imports are likely to decrease slightly compared to 2018/19.

Due to the virtually balanced calculated output to consumption ratio, the USDA does not expect any significant changes in supplies for 2019/20. In the current season, stocks are already set to reach a record high of 113 million tonnes. This quantity will be sufficient to cover world demand for 3.7 months.