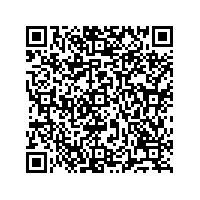 (PresseBox) ( Paris, 20-05-14 )
.
▪ Full-year performance
▪ Fourth fiscal quarter: Net bookings of €417.4 million. Excluding the reclassification of mobile revenues1, the figure was €388.2 million, up on the Group’s target of around €333.0 million.
▪ Tom Clancy’s Rainbow Six® Siege:
- 60 million registered players
- More than one billion session days in 2019-20, representing a sharp increase
- Record engagement levels for January, February and March months and a 26% rise in PRI over the quarter
- Ranked the fourth “Most Impactful PC Game” by The Esports Observer for the first calendar quarter of 2020
▪ Assassin’s Creed® Odyssey: Very sharp increases over past the twelve months in sell-through, daily player engagement and PRI, up by approximately 90%, 90%, and 170% respectively compared with Assassin’s Creed® Origins.
▪ Tom Clancy’s The Division 2®: Very strong recovery in Q4, with net bookings comparable to those for Assassin’s Creed Odyssey after 13 months.
▪ Just Dance® 2020: net bookings up 156% in Q4 compared with Just Dance 2019.
▪ 11 titles have sold over 10 million units2 in this console cycle, demonstrating the depth and strength of the Group’s portfolio: Assassin’s Creed Unity - Assassin’s Creed Origins - Assassin’s Creed Odyssey - The Division - The Division 2 - Far Cry® 4 - Far Cry 5 - Tom Clancy’s Ghost Recon® Wildlands - Rainbow Six Siege - Watch_Dogs® - Watch_Dogs 2
▪ 2020-21 targets updated to reflect the potential impact of COVID19: Expected net bookings of between €2,3501 million and €2,6501 million and non-IFRS operating income of between €400 million and €600 million

Yves Guillemot, Co-Founder and Chief Executive Officer, said "In this unprecedented period, our priority has been to ensure the safety and well-being of our teams, everywhere in the world. They have shown incredible courage, commitment, adaptability and professionalism, which I would like to salute. Supported by the remote working tools that we have put in place, they have been able to continue offering exceptional games and services so that players can escape, explore and have fun with their families, friends and communities. Our mission is to enrich players' lives through memorable gaming experiences, and it is more relevant now than ever before."

Frédérick Duguet, Chief Financial Officer, continued "As expected, our financial results for the full year finished well below our initial expectations. However, it is important to note our strong fourth quarter performance. Starting mid-March, the lockdown led to a sharp increase in player engagement worldwide, but even at the beginning of the fourth quarter our operating trends already were higher than expected thanks to our teams' remarkable execution. The intense levels of activity for our games, in terms of both Live content and esports events, combined with highly effective acquisition strategies helped several of our titles to be remarkably successful. This is the case for Rainbow Six Siege, Assassin's Creed Odyssey, The Division 2, and Just Dance 2020. We are also encouraged to see players' excellent response to our latest updates to Ghost Recon Breakpoint."

Yves Guillemot concluded "Our initial targets for 2020-21 remain in sight as we are currently benefiting from excellent momentum, especially with stronger than anticipated performance in back catalog, digital and PRI, coupled with the most ambitious line-up of the industry for the year.

However, the COVID-19 crisis calls for prudence, as numerous uncertainties have arisen. The transition to working from home has had short-term repercussions on our production, for the time being limited to few weeks. The coming months will provide more visibility on whether we can maintain our release plans. Additionally, it is unclear what effects the economic crisis is going to have on the operating conditions of our business partners and on consumer spending. For the sake of transparency and in order to reflect the potential impact of those external uncertainties, we have decided to supplement our targets with a range. The bottom range presents our estimate of the impact that these external factors could have if they were to actually materialize. It notably reflects the possibility that we decide to postpone the release of a AAA title to 2021-22, if it ensures to maximize the long-term potential of our line-up.

We continue to draw on our solid financial structure, our increasingly recurring profile and the numerous assets we have built up over the past few years. These achievements have enabled us to radically transform the Group and create major value for our players, employees, partners and shareholders. As we enter this new console cycle, our creative and production capacity, franchise portfolio and Live operations capabilities are all significantly stronger. Going forward, we intend to continue pursuing our strategy in order to seize the many opportunities to grow our top line and increase our profitability, notably thanks to the acceleration trends towards digital and social."

Note
The Group presents indicators which are not prepared strictly in accordance with IFRS as it considers that they are the best reflection of its operating and financial performance. The definitions of the non-IFRS indicators as well as a reconciliation table between the IFRS consolidated income statement and the non-IFRS consolidated income statement are provided in an appendix to this press release.

The Group applied the new lease-accounting standard, IFRS 16, for the first time in its financial statements for the 12 months ended March 31, 2020. As the Group elected to use the modified retrospective approach on adopting IFRS 16, the comparative figures for 2018-19 have not been restated

[1] Mobile revenues are now recognized on a gross basis and include commissions paid to store operators. This has resulted in an €29.2 million increase in sales (IFRS 15 sales and net bookings) and cost of sales. This change has not affected either operating or net income. The impact on back-catalog net bookings was €24.4 million. For 2020-21, the expected impact is €50 million.
[2] Sell-in, since the games’ releases.