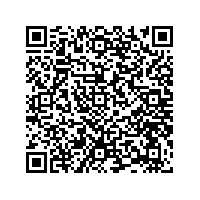 Percy Stocker, COO, Ubimax, points out the benefits over conventional scanner solutions: "Having the relevant information always right in front of the eye combined with intuitive hands-free interaction methods leads to less stress and makes our xPick solution superior to often confusing hand-held scanners". Chelsea Graf, Enterprise Wearables Director, Intel, states: "The real benefit that we got from using Intel® Recon Jet™ and xPick is the fact that workers can be brought in during peak periods and immediately contribute as if they had been trained for a long time". On the very first use without any training, order pickers were already 15 percent faster using Vision Picking compared to the picking process with hand-held scanners.

Thanks to hands-free order picking and the intuitive graphical user interface displayed in the field of view of the workers, the picking workflow was significantly accelerated and errors were reduced. Pick confirmations via light-weight barcode ring scanners contributed to both performance increase and improved ergonomics. Workers explicitly emphasized the high wearing comfort of the Intel® Recon Jet™ Pro Smart Glasses, the positive impact of hands-free working and the intuitive usability of xPick.

The pilot shows the tremendous optimization potential which exists in today's warehouses which can be unlocked by state-of-the-art Wearable Computing technology. Based on the promising outcomes, Intel is evaluating the further expansion of the xPick solution in its warehouses around the globe.

Intel (NASDAQ: INTC) expands the boundaries of technology to make the most amazing experiences possible. Information about Intel can be found at newsroom.intel.com and intel.com.

With offices in Germany, the U.S. and Mexico, over 10 years of experience and an extensive trackrecord in the fields of Wearable Computing, Augmented Reality, Mixed Reality and Sensor Systems, Ubimax today serves more than 100 customers and is a clear forerunner in the market.