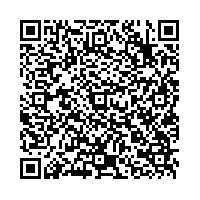 Belgian Specialist In Digital Publishing Solutions Convinces Roularta Media Thanks To Its Independent, Fast And Cost Efficient Approach, Allowing For An Independent And Enriched Content

(PresseBox) ( Gent (Sint-Denijs-Westrem), 13-04-19 )
Twixl Media, the Ghent-based specialist in developing and offering digital publishing solutions, has managed to turn the print version of a weekly magazine into a tablet optimized version in only 3 hours' time. Thanks to its time-saving Software Development Kit, Twixl Media also offers the possibility to offer extra content via the tablet version. Reason enough for Roularta Media to partner up with Twixl Media for developing its tablet editions.

Roularta and Twixl Media: continuing to build up the success story

Roularta entered the tablet world as early as December 2010, releasing a proprietary Knack iPhone application, followed by an iPad version in April 2011. "At first, we used a web feed," says Erwin Danis, Roularta Media Group's PreMedia Director. "We primarily wanted to get a foot in the door, getting familiar with this new method of publishing from up close."

When Roularta started their search for a production-integrated solution for tablet publishing in mid 2012, they looked at a number of different providers, finding no solution that was fully integratable. Roularta wanted to change as little as possible about their existing workflow, while gradually making it suitable for tablet publishing. The content was available, and would have to be convertible to a tablet lay-out automatically.

Finally, they ended up back at Twixl media to see if they could open up their technology to a source other than InDesign and/or next convert the content and lay-out supplied digitally to tablet format equally smoothly using their technology.

"That is how our first SDK came about," says Twixl media's Product Manager Luk Dhondt. "We found each other almost immediately. We had been toying with the idea of developing a Software Development Kit for a while, and Roularta's request came at just the right time."

In order to be able to integrate with Twixl Publisher, Roularta defined its TOL (Tablet Optimised Lay-out). This would be the automated lay-out that would come in from Roularta's workflow for conversion to tablet format by Twixl's technology.

Roularta has two content formats: text and pictures. These are automatically imported in the TOL templates, in InDesign, which are different per type of article. This content is then converted by Twixl Publisher in a tablet readable format. This operation is performed almost entirely automatically with the required parameters being added at every stage, telling the system which templates are to be used for both print and tablet editions.

The first Knack prepared with this technology appeared in late November 2012. While it was quite an improvement for the reader, it barely changed anything on the production front. Now, thanks to Twixl Media, a fully tablet-optimized version of the weekly edition of Knack only requires 3 hours of production time. By comparison, it takes more than 20 working days to lay-out and build the tablet edition of a well-known international magazine.

Roularta has managed to enter the new tablet platform without significantly increasing its production cost.

But there is more to the story: the next technology by Twixl Media is also offering enriched content possibilities. "Besides mere technological considerations, we must think of the product itself as well. Tablet users expect more than readers of our print magazines do. They count on more images, interactivity, video, whenever possible, and (of course!) links to more information. For our reporters, this means shifting gears. This is the major change we currently face: our workflow is designed to handle this type of content. Now, our reporters must learn to follow suit. The results were not bad for our first edition, but we can do better. I am convinced that the tablet Knack of a year from now will look quite different from the current version, if for no other reason than content. And, ultimately, that's what it's all about!" states Erwin Danis, Roularta Media Group's PreMedia Director.

An extra advantage of working with Twixl media is their 'independent' approach. When Roularta was screening the market all valid alternatives were offering a platform-based solution where Roularta was obliged to publish via the suppliers' platform and pay higher than market average download fees per issue. "With Twixl media we were free to use their platform or to organise the storage by ourselves. And that is exactly what we did. Today we are fully in control of our digital distribution cost and that makes a huge difference", adds Danis.

"Play time is over, you might say. Now, we are fully operational in the tablet medium with Knack/Le Vif L'Express and Trends/Trends-Tendances, to be followed in the coming months by Sport-Voetbal/Foot Magazine and Datanews".

Currently, we are only available on iPad. By the end of March, we will be Android-compatible as well; after that, we will start development for Windows 8/RT.

Roularta offers advertisers the possibility to advertise in both digital editions, as well in the tablet optimized lay-out as the magazine lay-out.

Advertisers are excited and are already working on extra-attractive ads specifically geared to this medium.

"Although, generally speaking, publishers have fallen on hard times, we consider ourselves fully prepared for tablet publishing and realize that cross-platform publishing is the wave of the future. While income will be lower than before per platform, it will be higher in the aggregate, provided we can keep costs where they are now, or, at least, keep them from rising proportionately," concludes Erwin Danis.

"In Twixl media, we have found a partner who thinks right along with us, and who has proposed a solution that is budget-friendly in terms of both integration and use," says Erwin Danis. Luk Dhondt is equally enthusiastic about the partnership and adds: "Roularta is a strategic partner for us. They are known in the industry as demanding, but that makes them all the more appealing to us, because they help us to better understand the needs of the publisher segment, which enables us to make our products even better."

In joint venture with the French group Bayard, Roularta is active in Belgium, the Netherlands and Germany with the monthly Plus magazine for senior citizens and, in Germany, a whole range of magazines for parents and children, home and garden.

The best-known Belgian titles are the weekly news magazines Knack, Trends and Sport/Voetbalmagazine (in Dutch) and Le Vif/L'Express, Trends/Tendances and Sport/Footmagazine (in French). Also the monthly magazines Nest, Plus, Bodytalk, The Good Life, etc.

Roularta is also a leader in the Belgian B-to-B environment. In the medical world competitors De Huisarts and De Artsenkrant and other medical titles have recently been merged into ActuaMedica (50% Roularta). For the industrial world, Roularta publishes Industry Technisch Management and for the IT world Datanews.

All Roularta magazines in Belgium appear in Dutch and in French.

Twixl media develops reliable, easy and affordable tablet publishing solutions for interactive applications; solutions that are simple to use, simple to deploy and simple to maintain.

Twixl Publisher is a solution targeting publishers, agencies and printers. Twixl Enterprise Kiosk is an iPad only, in-house publishing tool for the agency and enterprise market.

Twixl Publisher differentiates itself by being the only independent tablet-publishing tool on the market. Our customers have full control over the creation and publishing process, and are not pushed towards a server-based subscription model. They are free to publish content to wherever they want, even to their own private company network.

This has an enormous impact on the total cost of ownership: with Twixl media solutions users pay a one-time license fee and can then publish as many applications as they want at no extra cost. Distribution of multi-issue apps may involve download fees, but even these fees are very competitively priced compared to other solutions and they even offer a solution for DIY storage.

Twixl media products are available via http://twixlmedia.com and also through a network of solution partners around the world.