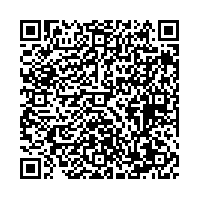 Bugat Quietly Distributed in Recent LinkedIn Phishing Assault; Unlike Zeus Trojan, it is Less Well Known and Harder to Detect

(PresseBox) ( New York, 10-10-12 )
Trusteer, the leading provider of secure browsing services, today announced that its researchers have discovered a new version of the Bugat financial malware used to commit online fraud. Bugat was distributed in the recent phishing campaign targeting LinkedIn users, which was generally considered to be trying to infect machines with the more common Zeus Trojan. The emergence of this new version of Bugat appears to be an attempt by criminals to diversify their attack tools using a platform that is less well known and therefore harder to detect and block.

Bugat is similar in functionality to its better known financial malware brethren Zeus, Clampi and Gozi. It targets Internet Explorer and Firefox browsers and harvests information during online banking sessions. The stolen financial credentials are used to commit fraudulent Automated Clearing House (ACH) and wire transfer transactions mostly against small to midsized businesses, which result in high-value losses. Bugat is three times more common in the US than Europe, but its distribution is still fairly low.

In last week's attack, LinkedIn users received emails reminding them of pending messages in their account and providing a malicious URL. When a victim clicked on the link they were directed to a fraudulent website where a java applet fetched and installed the Bugat executable. LinkedIn spam email is an effective tool to push malware to enterprise users, and is being used to gather credentials for commercial bank accounts and other sensitive services used by businesses.

"Criminals are stepping up their malware distribution efforts by continuously updating configurations of well known malware like Zeus, and using new versions of less common Trojans like Bugat, to avoid detection," said Mickey Boodaei, CEO of Trusteer. "We are in an arms race with criminals. Although Zeus gets a lot of attention from law enforcement, banks and the security industry, we need to be vigilant against new forms of financial malware like Bugat and SpyEye which are just as deadly and quietly expanding their footprint across the internet."

Trusteer warns that the recent industry focus on Zeus is making it easier for other Trojans, like Bugat, SpyEye, and Carberp which are less wide spread but equally sophisticated, to avoid detection. Carberp currently targets nine banks in the United States, Denmark, The Netherlands, Germany, and Israel. These lesser known financial malware platforms are expected to increasingly compete with the Zeus toolkit to become the new Trojan of choice for criminal groups.

The Trusteer Secure Browsing Service protects banking and other online sessions by blocking attacks and then disinfecting machines that are infected with Bugat and other financial malware including Zeus, SpyEye, and Carberp. When a Trusteer user browses to sensitive websites such as internet banking, Webmail, or online payment pages, the service immediately locks down the browser and creates a tunnel for safe communication with the web site. This prevents malware like Bugat from injecting data and stealing information entered and presented in the browser. The service is directly connected to the bank (or other online business protected by Trusteer) and to Trusteer's 24x7 fraud analysis service. Attempts to steal money from consumers protected by Trusteer are immediately detected by the bank or operator of the website and are blocked using various layers of protection.

Trusteer, the world's leading provider of secure browsing services, helps prevent financial malware attacks through its Rapport and Flashlight services. Trusteer Rapport enables banks and online businesses to protect sensitive data such as account holder credentials from malware by locking down the browser and creating a tunnel for safe communication between the web site and customers' machines. It also prevents phishing by validating site authenticity. Trusteer Flashlight allows remote, effective, and instant investigation of malware-related fraud incidents. Trusteer's solutions are used by more than 70 leading financial organizations in North America and Europe and by more than 13 million of their customers. Trusteer is a privately held corporation led by former executives from RSA Security, Imperva, and Juniper. Follow us on www.Twitter.com/Trusteer. For more information about our products and services, please visit www.trusteer.com.