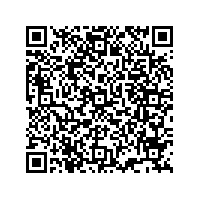 (PresseBox) ( Weinheim, 09-03-02 )
Within the scope of an international invitation to tender, the trans-o-flex Group has won the American Tech Data Corporation as its new customer. The second largest distributor of computer products had invited companies to place their bid for a contract covering the shipment takeover and preparation in the company's European central warehouse in Bor (Czech Republic) as well as the distribution of the goods in Germany. The daily volume concerned amounts to several thousands of parcels and several hundreds of pallets and will now be distributed via the trans-o-flex network.

In Bor, a team of at least 15 members will take over the shipments directly from Tech Data's 35,000-m² large warehouse, scan the parcels, arrange the pallets according to route and protect the goods with foils. From Bor, all of trans-o-flex's six hubs in Germany are then directly approached. For shipments picked up before 10:30 p.m., this system ensures nation-wide delivery within 24 hours. As the majority of customer orders received by late afternoon is made out by Tech Data and handed over to trans-o-flex on the very same day, often less than 24 hours pass by from order receipt to delivery.

"We were able to win the Tech Data contract because our solution approach is specifically tailored to the needs of the customer", explains Wolfgang Weber, Managing Director of trans-o-flex. "Tech Data needs a service provider that is able to manage the entire process chain for all types of shipment and, as an industry expert, can ensure the careful and safe treatment of the sensitive goods." Taking all this into consideration, there were not less than three good reasons to select trans-o-flex: the company's ability to transport both packages and palletised goods in an efficient network, its experience in offering all services from a single source because the specialists from trans-o-flex's subsidiary trans-o-flex Logistik-Service are also able to steer all of the upstream and downstream logistic processes and, last but not least, its focus on specialising in logistic solutions for selected industries, including not only the pharmaceutical and healthcare segments but also the consumer electronics and home entertainment industries. In view of the goods' value and sensitivity, top priority is given to ensuring transport safety and a careful handling to avoid damage. All this together represents a combination of competencies that have made trans-o-flex the first choice also for numerous other customers.

Established in 1974, the American Tech Data Corporation (NASDAQ GS: TECD) is one of the leading distributors of IT products and serves more than 90,000 customers in over 100 countries. Tech Data's business model enables system companies, manufacturers and sales organisations to provide their end consumers ranging from SMEs up to large multinational companies with cost-effective delivery and after-sales services. Ranking 105th on the FORTUNE 500®, Tech Data generated USD 23.4 billion in net sales for its fiscal year ended 31st January 2009. For more detailed information, please go to www.techdata.de.

trans-o-flex, based in Weinheim, South-West Germany, is a logistics group active throughout Europe. In Germany, via its express delivery service, it offers a full-coverage network for efficient and safe transport of parcels and pallets (combi-freight). Apart from its nationwide 24-hour deliveries (usual transit time) with numerous Express and added-value options such as hazardous material transport, trans-o-flex has developed the Eurodis network which provides delivery services in European countries, making trans-o-flex one of the leading combi-freight service providers in Europe. trans-oflex implements tailor-made logistics concepts and has developed numerous solutions for specific sectors, for instance for the pharmaceutical and consumer electronics / home entertainment industries. The trans-o-flex network is also able to transport hazardous goods in large quantities. Annual sales of the group, which has 1,122 employees, amounted to € 500 million in 2007. Since June 2008 the Austrian Post (ÖPAG) has been sole shareholder in trans-o-flex. More information at www.trans-o-flex.de.