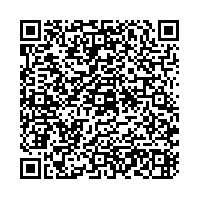 Customised solution: the trans-o-flex Logistics Group supplies all Danish hospitals and wholesalers within 24 hours after collecting the goods in Germany

(PresseBox) ( Weinheim, 09-08-04 )
trans-o-flex Logistik-Service GmbH, a company of the trans-o-flex Logistics Group, has developed a new concept for the American pharmaceutical company Pfizer with respect to the distribution of Pfizer products in Denmark. The implementation of the concept has already been successfully initiated. As an important prerequisite, the Danish Medicines Agency had to authorise 3D Logistik A/S in Kolding, trans-o-flex's partner in this project, to collect and distribute pharmaceutical products. Danish law does not permit the distribution of pharmaceutical products without licence. On the contrary: with respect to importing pharmaceuticals, it is legally prescribed that each product of a shipment is compared with the relevant release certificates at batch level.

This so-called "entry check", which is carried out every morning in Kolding, is backed by the Pfizer warehouse management system that has been installed on site. Once the entry check has led to a positive outcome, the procedure to ensure the nation-wide and, thus, same-day delivery of the shipments in Denmark is immediately initiated. In order to control and document all shipment processes, the Danish logistics partner has been connected to the trans-o-flex operating core system. This increases the transparency and facilitates the shipment tracking procedure because all steps during the entire transport chain are carried out by one and the same IT system. trans-o-flex collects the shipments in Pfizer's distribution centre in Karlsruhe, which is also used to supply the markets in Germany, Austria and the Netherlands.

In the past, Pfizer had based its Denmark activities on a domestic solution with a local logistic company. However, in order to centralise the warehouse logistics in Karlsruhe, they looked for a partner who, despite and in compliance with the strict Danish laws and provisions, was able to deliver the shipments all over Denmark on the next working day. Here was where trans-o-flex, with an individual logistic solution as well as its specific pharmaceutical know-how and established distribution structures, could score. In co-operation with Pfizer's logistics managers, the customised distribution solution for Denmark was developed and implemented within just twelve weeks. "We have already been contacted by other pharmaceutical customers", says Kai Schmuck, Director Sales & Marketing of trans-o-flex, who is also responsible for trans-o-flex Logistik-Service GmbH. "The market has shown great interest in our ability to supply all Danish hospitals and pharmaceutical wholesalers within 24 hours after collecting the goods in Germany."

trans-o-flex Logistik-Service GmbH specialises in the management of upstream and downstream logistic processes. In addition to the storage, the company also offers order-related picking and packing services as well as shipment preparation and fine distribution. The fine distribution is mainly taken over by the trans-o-flex network. The logistic centre in Weinheim is one of several certified warehouses for pharmaceutical products, which the company operates in addition to its conventional warehouse centres.

trans-o-flex, based in Weinheim, South-West Germany, is a logistics group active throughout Europe. In Germany, via its express delivery service, it offers a full-coverage network for efficient and safe transport of parcels and pallets (combi-freight). Apart from its nationwide 24-hour deliveries (usual transit time) with numerous Express and added-value options such as hazardous material transport, trans-o-flex has developed the Eurodis network which provides delivery services in European countries, making trans-o-flex one of the leading combi-freight service providers in Europe. trans-oflex implements tailor-made logistics concepts and has developed numerous solutions for specific sectors, for instance for the pharmaceutical and consumer electronics / home entertainment industries. The trans-o-flex network is also able to transport hazardous goods in large quantities. Annual sales of the group, which has 1,125 employees, amounted to € 500 million in 2008. Since June 2008 the Austrian Post (ÖPAG) has been sole shareholder in trans-o-flex. More information at www.trans-o-flex.de.

FlexQube celebrates the opening of our new warehouse in Aguascalientes, Mexico