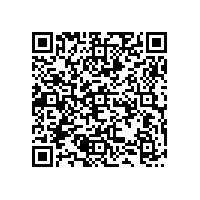 Sherm Cohen, Storyboard Artist and Director at Disney, Cartoon Network, Nickelodeon, and owner of the StoryboardSecrets site had this to say about Storyboard Pro 2:

"Toon Boom Storyboard Pro is the only application that's specifically designed for storyboarding, so there's no need to come up with endless workarounds. I'm so glad there's a program that can understand the difference between scenes and panels, and automatically keep everything numbered and labelled correctly no matter how much I move panels around.

Toon Boom Storyboard Pro is flexible enough to easily import handdrawn sketches that can work right beside the panels that are digitally drawn in the program. The fact that I can import scripts and text right into my panels saves me tons of time -- I don't have to spend hours writing captions...I can quickly type them in or import the text from scripts or text files.

The combination of onionskinning, layers and the timeline make this program my mostused storyboarding tool -- I easily spend 50 hours a week storyboarding with this program alone. From thumbnailing to cleanup, to PDF output and animatics, Toon Boom Storyboard Pro is the allinone application for storyboard artists."

In addition, StudioArts out of Los Angeles has a Storyboard Pro Oneweek intensive class coming up from August 23rd to the 27th, 2010, titled: Optimizing your Workflow. Knowing that Storyboard Pro has become an essential storyboarding tool throughout the industry at studios such as Fox, MGM, Film Roman, Disney TV and Warner Bros, it is important to learn how to make it a great asset in your skill set, not just required knowledge! The training cost is $1500*, including one 12month Storyboard Pro license.

* Only $500 if qualified and approved for the CSATTF grant.