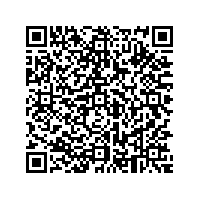 Subscribe to news
(PresseBox) ( Montreal, 10-04-19 )
Emmy® Awardwinning Toon Boom Animation Inc. today announced the release of Toon Boom Animate Pro 2, an exciting new version that represents a technological breakthrough in animation production with its 3D Stereoscopic capability. Animate Pro 2 enables animators to manipulate a builtin multiplane camera with full 3D rotation and have left and right cameras set from different points of view to achieve 3D stereoscopic results. Animate Pro 2 also combines the benefits of vector animation with textured pixmap, it does all this and more within the same package.

"Understanding animation production is Toon Boom's core competence that is why we are so proud to release Animate Pro 2 that will provide professional independent animators with more innovation, creative freedom and quality", shared Joan Vogelesang, President and Chief Executive Officer at Toon Boom.

Buy Toon Boom Animate Pro 2 now at the special launch price of $1799.99 US (regular price: $1999.99), valid until April 30, 2010. All customers who took advantage of the preorder campaign which started on April 9, 2010, will receive their Product Code electronically along with instructions on how to install and activate the product.