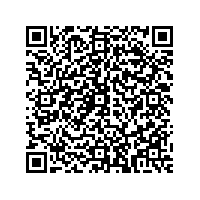 Subscribe to news
(PresseBox) ( Munich, Germany, 12-09-10 )
The Supervisory Board of TOMORROW FOCUS AG has appointed Antonius 'Toon' Bouten (53) from the Netherlands to be the new CEO and Chairperson of the Management Board. He will join the company no later than 1 January 2013.

Toon Bouten has amassed considerable international experience as a chief executive, having spent many years with leading European companies. He currently holds the position of CEO with European Directories, a local search and lead generation specialist based in Amsterdam and London with operations throughout Europe.

Prior to this, from 2006 to 2009, he was President and CEO of the Danish headset maker GN Netcom. Between 2004 and 2006, as Executive Vice President and General Manager, he led the European business of Philips Electronics NV's consumer electronics division with a billion-euro budget and responsibility for the group's sales and marketing activities in 48 countries.

Going further back, he spent around ten years with a number of well-known international ICT (Information and Communications Technology) and web-based companies. During this period, as Vice President and General Manager at Compaq Computers, he built up the consumer segment in the Europe, Middle East and Africa region. As CEO at the online jobs portal Jobline International, he was responsible for the company's IPO. After graduating in engineering, Toon Bouten began his career in 1984 with Philips in the Netherlands.

Given his international management experience and industry expertise, the Supervisory Board believes that he is the ideal person to lead the TOMORROW FOCUS Group and maintain its successful and ambitious strategy of internationalisation.

Toon Bouten will take over from Stefan Winners. As announced, Mr Winners will leave the company and become a member of the Management Board of Hubert Burda Media Holding. In his new role, he will be responsible for the Burda Digital division, which holds a majority share in TOMORROW FOCUS AG.

TOMORROW FOCUS AG's new Management Board will therefore be made up of Toon Bouten alongside existing members Christoph Schuh (responsible for the company's advertising, dating and mobile subsidiaries) and Dr Dirk Schmelzer (CFO).

Information and Explaination of the Issuer to this News:

Dr Paul-Bernhard Kallen, Chairperson of the Supervisory Board at TOMORROW FOCUS AG, expressed his satisfaction at the appointment: 'We are delighted to have found such an experienced and internationally successful manager to take over the position of CEO at TOMORROW FOCUS AG. Our hope is that by appointing such a strong figure we will be able to attract more talented individuals to the TOMORROW FOCUS Group from Germany and elsewhere, and thus drive ahead with our established strategy of internationalisation.'

Responding with enthusiasm to his appointment as prospective CEO and Chairperson of the Management Board, Toon Bouten said that he was looking forward to the 'exciting challenge of expanding the successful web-based business models of the TOMORROW FOCUS Group at international level and of further strengthening the position of the exchange-listed Internet group in Germany.'

TOMORROW FOCUS AG (ISIN DE005495329) is based in Munich, Germany, and is one of the leading exchange-listed Internet groups in Germany.

The Group has a workforce of around 700, and its business operations are divided into three segments: Transactions, Advertising and Technologies.

The Advertising segment includes TOMORROW FOCUS MEDIA GmbH, one of the leading German online marketing providers, which markets numerous well-known portals on behalf of business partners in addition to those operated by the Group itself, such as the news and utility journalism site FOCUS Online, and the finance and stock market portal FINANZEN100.

The Technologies segment includes CELLULAR GmbH, one of Germany's leading full-service agencies for mobile platforms, and TFT GmbH, which provides technology and creative services for web-based IT and e-commerce solutions.