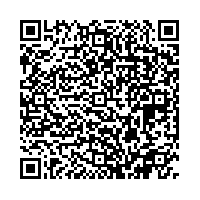 TolerogenixX GmbH, a biopharmaceutical company developing personalized, cellular therapies to combat organ rejection and autoimmune diseases, today announced the publication of positive Phase Ib results of its lead product MIC-Lx in The Journal of Clinical Investigation (https://doi.org/10.1172/JCI133595). MIC-Lx is a cell therapy product based on modified immune cells (MICs). The so-called TOL-1 study met all endpoints and demonstrated the feasibility and safety of MIC-Lx administration in inducing donor-specific tolerance in kidney transplant recipients.

In a related commentary (https://doi.org/10.1172/JCI136475), Sam Kant and Daniel C. Brennan from The Johns Hopkins School of Medicine (Baltimore, MD) call the findings “encouraging” and state that if safety and efficacy can be demonstrated in further clinical studies, “we will witness the realization of what transplantation originally set out to achieve: to move from a treatment to a cure.”

In the study, patients showed excellent graft function without rejection or de novo human leukocyte antigen (HLA) antibodies and retained full immune competence against bacteria and viruses. Due to a reduction of standard immunosuppressive drugs, there was a marked reduction of side effects when compared to current treatment standards for the immunosuppression of kidney transplant recipients.

The Phase Ib trial was designed as a 30-day single-arm, single-center trial in 10 patients with chronic kidney disease receiving kidney transplants from a living donor. Patients were intravenously administered MIC-Lx prior to transplantation in 3 groups at different concentrations and on different administration dates. MIC-Lx was prepared from donor peripheral blood mononuclear cells (PBMC) obtained by leukapheresis and modified using TolerogenixX´ proprietary MIC technology.

The primary endpoint – safety and feasibility of intravenous administration of MICs – was measured by the frequency of adverse events. Infusions were extremely well tolerated. During the study, no adverse events occurred that were related to MIC-Lx infusion. No donor-specific HLA antibodies or rejection episodes were detected even though the patients received up to 1.3x1010 of MIC prior to transplantation.

After the end of the study, patients were followed up to day 360 after kidney transplantation. During the entire follow-up, no de novo donor-specific HLA antibodies or rejection episodes occurred, and all patients had stable kidney graft function. Of note, antibody titers against common pathogens such as measles, mumps, rubella, varicella, diphtheria and tetanus were unchanged. In one of the treatment groups, a strong increase of important tolerance markers, so-called regulatory B lymphocytes (Breg), was observed. All four patients in this group were taken off steroids and were administered reduced cyclosporine A and mycophenolic acid, corresponding to about 40% immunosuppression compared to the level of standard of care.

“In this trial, MIC therapy has proven clear superiority regarding rejection and side effects as compared to standard of care,” said Dr. Matthias Schaier, CEO of TolerogenixX. “Moreover, we have seen excellent kidney function in all patients, low protein excretion indicating structurally normal kidney grafts, and reduced side effects due to a reduction of immunosuppressive drugs.”

“For patients, this translates into less medication, less side effects, and, most importantly, full recovery of a normal life,” added Prof. Dr. Christian Morath, CSO of the Company. “MIC treatment modulates the underlying functions of the immune system. With our personalized approach using a novel mode of action, we can achieve a specific and sustained immune tolerance. This approach can not only be applied to transplant recipients, but also to patients with autoimmune diseases such as systemic lupus erythematosus, multiple sclerosis and rheumatoid arthritis.”

MIC production is fast, safe and effective. MICs are manufactured by TolerogenixX within 24 hours, using cells obtained by leukapheresis. Due to a standardized procedure, MIC production can be scaled up easily. “It is planned to make MIC therapy available in Europe and beyond,” said PD Dr. Anita Schmitt, CTO of TolerogenixX.

TolerogenixX is preparing a Phase IIb trial in patients receiving kidney transplants from living donors, which is scheduled to start later this year and aiming at a conditional approval of MIC therapy in this indication. Starting in 2021, the Company is also planning a Phase Ib study in patients with systemic lupus erythematosus.

TolerogenixX is a privately held biopharmaceutical company focusing on the development of novel, personalized therapies for autoimmune patients and transplant recipients. The Company's proprietary MIC (modified immune cells) treatment is designed to suppress unwanted immune responses in the body, thereby enabling a targeted, specific and sustained immune tolerance. While the current standard of care, i.e. traditional immunosuppression, is only addressing symptoms and has serious side-effects, MIC treatment is tackling the roots of immune responses and provides increased effectiveness, little or no side effects, significantly increased quality and length of patients' lives as well as decisive cost advantages.

The Company was founded in 2016 and is based in Heidelberg, Germany.