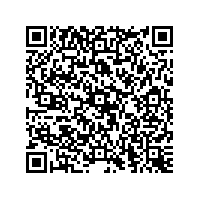 The 1,700-ton-capacity Line 4 was completed in August 2009, but as a result of declining demand for carbon fiber due to the economic downturn since the fall of 2008, the line's originally scheduled startup was postponed as part of adjustments to the Toho Tenax group's global production in Japan, Germany and the United States.

Toho Tenax expects the carbon fiber sales, which had decreased to about 23,000 tons in 2009, to increase about 15% annually from this year. Looking ahead, Toho Tenax intends to further optimize production in Japan, Germany and the United States to meet growing demand.

About the Teijin Group

Toho Tenax is the core company of the Teijin Group's carbon fibers business. The Toho Tenax Group is a leading carbon fiber manufacturer worldwide with an annual production capacity of 13,900 tons in Japan, Germany and the USA. Toho Tenax Europe GmbH is an affiliate being located in Germany and responsible for the European market.