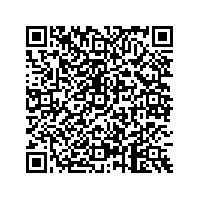 (PresseBox) ( Hoofddorp, 09-03-09 )
TNT and the unions ABVAKABO FNV, BVPP, CNV Publieke Zaak and VPP have reached an in-principle agreement on new collective labour agreements (CLAs) for all TNT Post operations staff in the Netherlands. These agreements will play a key role in keeping TNT well positioned in a shrinking postal market. The unions and TNT have consciously opted for job retention in combination with revised employment conditions. The unions will present the CLAs to their members.

The Dutch Cabinet's decision to liberalise the Dutch postal market on 1 April 2009 has made wage cost reduction even more essential. The market is being opened up in tough economic times in which mail volumes are declining more rapidly than ever before (5 - 6% expected in 2009), partly due to growing substitution by digital alternatives. The CLAs covered by today's in-principle agreement call on cooperation from employees to help protect as many jobs as possible at TNT Post.

Alongside the new CLAs at TNT Post, the Dutch Cabinet must ensure that fair employment conditions among Dutch postal market competitors is met. There is insufficient certainty on this matter at present. The sector CLA has yet to be finalised by the unions and postal operators, as has the Administrative Decree under which the government can demand parties to pay at a minimum wage.

The new CLAs, which will save EUR 125 million a year, form an important part of the previously announced Master plan targeting annual TNT Post savings of EUR 395 million until the end of 2015. In addition to the existing Master plan mobility provisions, TNT expects to make a provision for compensatory costs of around EUR 275 million for the employment conditions package, including the transitional arrangements and mobility budgets. Besides reduced employment conditions, the unions and TNT have agreed a job guarantee under which no compulsory redundancies will be made during reorganisations for the first three years. During the three subsequent years this will depend on a number of developments in the market.

The new collective labour agreements comprise a separate Operations CLA for new and existing operations staff at TNT Post, a new CLA for mail deliverers, and a new CLA for Saturday delivery staff, each with a term of three years (1 April 2009 to 1 April 2012). Arrangements still need to be made for a one-year CLA for employees at TNT's other Dutch business units.

The Operations CLA will mean reduced income for staff. A well-balanced package of transitional arrangements has been agreed for existing employees. Staff covered by this CLA will see their gross income fall by around 15%. TNT will offset this loss of income by paying up to 95% of the current income of all those involved during a period determined by age and number of years of service. For example employees aged 50 and over will receive up to 95% compensation until the first possible date on which they can leave the company. A structural wage increase of 1% has been agreed from 1 April 2010 and 1 April 2011. TNT Post is encouraging operations employees to look for work outside the company by offering part-time and full-time staff a mobility budget for the next five years.

Employees joining the company from 1 April 2009 will fall under an Operations CLA at a substantially lower level.

New CLAs with limited income growth have been agreed for mail deliverers and Saturday delivery staff, running from 1 April 2009 to 1 April 2012. It has been agreed that significant savings will also be achieved with the TNT CLA for employees in scales 1 to 13 (other employees not covered by the Operations CLA). New discussions will follow on this particular collective labour agreement.

TNT provides businesses and consumers worldwide with an extensive range of services for their mail and express delivery needs. Headquartered in the Netherlands, TNT offers efficient network infrastructures in Europe and Asia and is expanding operations worldwide to maximise its network performance. TNT serves more than 200 countries and employs more than 163,000 people. Over 2008, TNT reported EUR 11.1 billion in revenues and an operating income of EUR 982 million. TNT is officially quoted on the Amsterdam Stock Exchange. TNT recognises its social responsibility and has formed partnerships with the United Nations World Food Programme and the United Nations Environment Programme to fight hunger and pollution in the world. Our efforts are being recognised; in 2008 TNT again reached the highest score of all companies included in the Dow Jones Sustainability Index and in the Carbon Disclosure Project in the carbon intensive sector. More information about TNT can be found on its website http://group.tnt.com.