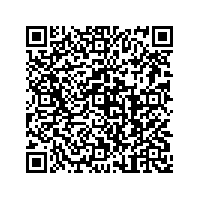 Agreement on conditions of employment in postal sector still too soft

Subscribe to news
(PresseBox) ( Amsterdam, 08-11-13 )
TNT Post cannot accept the agreement reached today by Sandd, Deutsche Post and a number of trade unions on terms and conditions of employment in the postal sector. This agreement, which neither TNT Post nor Netwerk VSP were involved in reaching, is in no way different from the agreement in principle made on 24 April 2008 in that it is still too soft and offers an insufficient basis for solid terms and conditions of employment. Accordingly, TNT Post and its subsidiary Netwerk VSP, as well as ABVAKABO, the trade union with the most members in the postal sector, do not support this agreement.

Harry Koorstra, TNT Board of Management member responsible for the Mail division of the company, says, "Agreeing fair conditions of employment for the entire postal sector - that must be the objective. There has to be a proper minimum level of benefits. The parties now sitting around the table did not manage that last time. The agreement reached was way too soft and was discarded by Minister Heemskerk. The agreement in principle from April 2008 has been incorporated entirely in the collective labour agreement, meaning that nothing has improved at all. In our view, the government cannot agree with this. Prior to signing this agreement, TNT Post has urged all parties to get together to draft a sound agreement - one that all parties would be willing to sign."

Bernard de Vries, Works Council chairman for the Operations business unit of TNT Post, considers the agreement unacceptable: "The conditions of employment for our postmen and women are already under enormous pressure because the competition does not have to comply with the terms of the collective agreement. We want to make sure that our delivery staff receive a salary they can live on. Employees working for the competition don't even get paid minimum wage, even if they want to. With this agreement the situation will not change." De Vries emphasises that the agreement does not look much different than the agreement in principle the Dutch cabinet rejected earlier this year. "There is absolutely no reason to accept this agreement."

TNT provides businesses and consumers worldwide with an extensive range of services for their mail and express delivery needs. Headquartered in the Netherlands, TNT offers efficient network infrastructures in Europe and Asia and is expanding operations worldwide to maximise its network performance. TNT serves more than 200 countries and employs more than 161,500 people. Over 2007, TNT reported ¤11 billion in revenues and an operating income of ¤1,192 million. TNT is officially quoted on the Amsterdam Stock Exchange. TNT recognises its social responsibility and has formed partnerships with the United Nations World Food Programme and the United Nations Environment Programme to fight hunger and pollution in the world. Our efforts are being recognised; in 2008 TNT again reached the highest score of all companies included in the Dow Jones Sustainability Index and in the Carbon Disclosure Project in the carbon intensive sector. More information about TNT can be found on its website http://group.tnt.com .