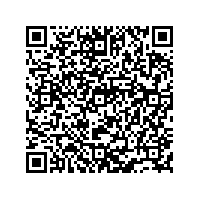 Subscribe to news
(PresseBox) ( Frankfurt/Main, 09-03-19 )
.
- Net loss of EUR -24.5 million for the year due to write-downs in investment portfolio
- Stable balance sheet with an equity ratio of around 88 per cent as at the end of the year
- Operating cash flow of EUR 2.8 million - Market capitalisation fully backed by EUR 11.7 million in liquid assets as at the end of the year
- Further progress achieved in repositioning TIG

TIG's accounting equity of EUR 38.6 million was more than three times higher than its market capitalisation of EUR 11.5 million as at the reporting date. Liquidity improved significantly over the previous year to EUR 11.7 million (2007: EUR 3.8 million), which included a cash flow from operating activities of EUR 2.8 million or EUR 0.52 per share. TIG's market capitalisation was therefore fully backed by cash as at the end of 2008.

This significant increase in TIG's liquidity was mainly due to the successful disposal of around half of its fund-of-funds portfolio ("vintage portfolio"), which is no longer strategically relevant due to the repositioning of the Group performed in 2008. The secondary market transactions generated close to EUR 16 million in proceeds. As a result of additional transactions performed up to today's date, 19 March 2009, TIG's liquidity has increased further to around EUR 15 million.

Christoph D. Kauter, CEO of TIG: "2008 was dominated by the financial crisis and its effects on the real economy, which also affected the private equity sector. Given this environment, TIG decided to take advantage of the opportunities offered by the situation. In the Extraordinary General Meeting of September 2008, a decision was made to place the future investment focus on restructuring situations involving small and medium-sized European companies and to expand TIG's object from pure fundof- funds investments to a greater emphasis on direct investments. In the fourth quarter of 2008 and first months of 2009, we therefore made intensive efforts to move forward with this repositioning. The fund-of-funds portfolio was optimised through transactions, while at the same time initial partnerships were formed with European restructuring teams and a suitable number of potential direct investment transactions examined. In spite of the market turbulence in 2008, which also affected TIG, we can still present a healthy balance sheet that will allow us to profit from the favourable company valuations currently available in the market and the need for restructuring.

In the upcoming quarters, we plan to undertake first transactions. Furthermore, we expect any fluctuations in our balance sheet to be small in 2009."

The TIG Themis Industries Group is an industrial holding company that specialises in investments in small- and medium-sized companies in turnaround and special situations. Restructuring teams throughout Europe quickly revitalise TIG's equity interests to create competitive, high return companies. These investments are then either sold at a profit or remain in the portfolio as base investments providing high dividends and returns.