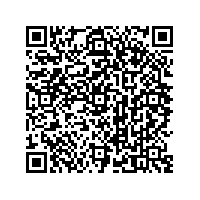 Subscribe to news
(PresseBox) ( Regensburg, 17-05-22 )
Top players from marine and IT-industry have teamed up to jointly develop world's first system of autonomous ships. The shared vision for the ecosystem partners is to enable fully remote controlled vessels in the Baltic Sea in three years and to achieve autonomous commercial maritime traffic by 2025.

The One Sea ecosystem, founded in 2016, represents exceptionally advanced co-creation where global leaders in their industries work to reach their joint goal of autonomous traffic. The founding partners in the One Sea – Autonomous Maritime Ecosystem are ABB, Cargotec (MacGregor and Kalmar), Ericsson, Meyer Turku, Rolls-Royce, Tieto and Wärtsilä. The association of Finnish Marine Industries supports the work, and the Finnish funding agency Tekes has invested in the ecosystem. The leader of One Sea is DIMECC.

“Our One Sea ecosystem is the natural next step in the digital transformation of the marine industry. Several new business initiatives in the autonomous maritime traffic have already been started and can be expected in the future. The companies and organisations collaborating in One Sea are forerunners in their respective fields and the fact that our ecosystem is industry-driven separates it from many of the more or less academic exercises. One Sea ensures a well-researched, tested and highly capable autonomous shipping network”, comments Harri Kulmala CEO of DIMECC.

“As we are capturing the opportunities provided by the data-driven economy, for Tieto co-innovation with customers and partners is vital. This is increasingly being done in ecosystems in which Tieto is also actively seeking a bigger role. Partnering with global players in autonomous traffic ecosystem, Tieto is seeking new business initiatives and new opportunities of the future data-driven world”, says Ari Järvelä, Head of Data-driven Businesses, Tieto.

“Very soon Internet of Things will be seamlessly integrated in our everyday life, and we will also see a growing number of real-life applications for robotics and AI. Here autonomous traffic is one key area, and Tieto has been actively participating in related networks and development work. While autonomous cars have been in focus, the development for road traffic has synergies to sea - One Sea – Autonomous Maritime Ecosystem is a great example of seeking new possibilities to co-create future innovations”, says Tom Leskinen, Head of Product Development Services at Tieto.

The effort to create products and develop software and solutions to enable autonomous traffic has already been started in the participating companies. In order to promote autonomous traffic around the globe, the One Sea – Autonomous Maritime Ecosystem has taken upon itself to introduce roadmaps towards an autonomous maritime future. The roadmaps include a timeline towards 2025 and major themes to be investigated and levels of maritime autonomy – all minimising accidents, decreasing the environmental footprint of marine traffic, and advancing possibilities for efficiency improvement and new commercial ventures. The roadmaps have been created by the representatives of the companies included in the ecosystem and verified by a national Advisory board as well as an International Advisory Board.

The expected timeline for autonomous maritime traffic shows that the regulators will have to increase the pace at which new regulations are approved. The technologies are advancing at such a speed that the rules and regulations risk becoming obsolete. Fortunately, forward thinking national and international units are doing their best to enable autonomous traffic even within such a short timeline.

In addition, One Sea – Autonomous Maritime Ecosystem is currently working on the roadmaps around themes as Operational, Technical, Security, Regulatory, Traffic Control and Ethical. Roadmaps for these important themes will be introduced to the public and other maritime actors in due course. There is ongoing research and discussions with related parties regarding each of the themes and jointly they will enable commercial autonomous maritime traffic by 2025.

About Autonomous ships:
Autonomous ships are the future of modern marine traffic. Autonomous ships operate in an ecosystem, where decision-making is based on data, smart algorithms, artificial intelligence and ultimate optimisation. The possibilities autonomy and digitalisation bring to the naval environment will shape traditional marine traffic to the next level. Roles of the on-board crew, artificial intelligence and the remote-control crew ashore will be redefined and assessed. One Sea ecosystem is a smart environment, where intelligent devices and solutions read Big Data, analyse it, communicate with each other and furthermore make decisions independently. The magnitude of the benefits autonomy brings marine traffic can be calculated in costs, reliability and efficiency, while there exist multiple possibilities in creating completely new revenue streams with innovations created along the way.

Infograph: Timeline for autonomous ships in the Baltic Sea
Pictures: One Sea Alliance

The founding partners in the One Sea – Autonomous Maritime Ecosystem:

ABB
ABB (ABBN: SIX Swiss Ex) is a pioneering technology leader in electrification products, robotics and motion, industrial automation and power grids, serving customers in utilities, industry and transport & infrastructure globally. Continuing more than a 125-year history of innovation, ABB today is writing the future of industrial digitalization and driving the Energy and Fourth Industrial Revolutions. ABB operates in more than 100 countries with about 135,000 employees. www.abb.com

Cargotec
Cargotec (Nasdaq Helsinki: CGCBV) enables smarter cargo flow for a better every day with its leading cargo handling solutions and services. Cargotec's business areas Kalmar, Hiab and MacGregor are pioneers in their fields. Through their unique position in ports, at sea and on roads, they optimise global cargo flows and create sustainable customer value. Cargotec's sales in 2016 totalled approximately EUR 3.5 billion and it employs over 11,000 people. www.cargotec.com

Ericsson
Ericsson is a world leader in communications technology and services. Our organization consists of more than 111,000 experts who provide customers in 180 countries with innovative solutions and services. Together we are building a more connected future where anyone and any industry is empowered to reach their full potential.  www.ericsson.com

Meyer Turku
Meyer Turku Oy employs over 1,600 persons and specializes in building highly complex, innovative and environmentally friendly cruise ships, car-passenger ferries and special vessels. Together with two sister shipyards in Germany, Meyer Werft in Papenburg and Neptun Werft in Rostock, Meyer Turku is one of the world’s leading cruise ship builders. The successful shipbuilding tradition in Turku has been continuing since 1737. The company is currently building cruise ships for TUI Cruises. The company will also build two cruise ships for Costa Crociere, Carnival Corporation and Royal Caribbean International. www.meyerturku.fi

Wärtsilä
Wärtsilä is a global leader in advanced technologies and complete lifecycle solutions for the marine and energy markets. By emphasising sustainable innovation and total efficiency, Wärtsilä maximises the environmental and economic performance of the vessels and power plants of its customers. In 2016, Wärtsilä's net sales totalled EUR 4.8 billion with approximately 18,000 employees. The company has operations in over 200 locations in more than 70 countries around the world. Wärtsilä is listed on Nasdaq Helsinki. www.wartsila.com

DIMECC
DIMECC Ltd. is the leading co-creation platform for digital transformation. DIMECC combines the leading companies from manufacturing and digital industries to the academic research. DIMECC’s customers outperformed the non-customers from respective industries during 2009-2014 by all financial measures. www.dimecc.com

Tieto aims to capture the significant opportunities of the data-driven world and turn them into lifelong value for people, business and society. We aim to be customers' first choice for business renewal by combining our software and services capabilities with a strong drive for co-innovation and ecosystems. www.tieto.com