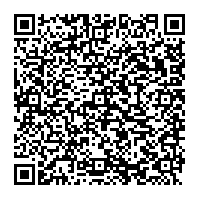 Subscribe to news
(PresseBox) ( Krefeld/Frankfurt, 09-07-28 )
For a top address in Germany, check out "Zeil 106, 60313 Frankfurt am Main". Zeil is one of Germany's busiest shopping streets and number 106 is where one of Europe's biggest inner-city development projects, with an investment volume of 960 million euros, is being built: The "PalaisQuartier". Part of the development, the "MyZeil" shopping and leisure world, opened recently. Inside the building, the gleaming, reflective interior facade of the covered shopping center is made entirely of stainless steel elements supplied by the Krefeld and Dillenburg plants of ThyssenKrupp Nirosta.

With its unique roof, the shopping mall is an architectural tour de force extending over eight stories with a total gross area of 77,000 square meters. It was designed by the Italian architect Massimiliano Fuksas, who rose to international prominence among other things through his designs for the "Europapark" shopping mall in Salzburg (1997), the redevelopment of the "Place des Nations" in Geneva (1999) and the "Vienna Twin Towers" in Vienna (2001). In MyZeil, Massimiliano Fuksas placed particular emphasis on light and transparency. The building's exterior facade, for instance, is almost completely transparent. To carry this effect through into the inside of the building, sections of the interior facade were clad with reflective stainless steel. "Altogether we used 15 tons of Nirosta 4301 stainless steel with IIId/ 2R finish to make polygonal wall elements for the wall paneling which we attached with invisible fasteners," says Franz Hof, project manager at AMS GmbH, a company specializing in metal interior fittings with over 37 years' experience, which was responsible for designing and fitting the MyZeil stainless steel paneling. "The stainless steel panels offer unbeatable quality, corrosion resistance and an attractive gleaming finish. They were used to decorate the walls of the interior facade which extends from the fourth to the seventh level of the new shopping complex."