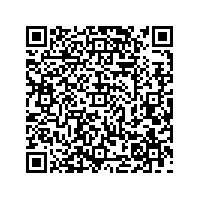 (PresseBox) ( Düsseldorf, 09-09-14 )
ThyssenKrupp Elevator Egypt, a subsidiary of ThyssenKrupp Elevator AG, has won a contract to supply 584 synergy elevators for Egypt's two biggest development projects. Two new cities are being created to the east of the Egyptian capital, the 33.6 square kilometer "Madinaty" and the 10.2 square kilometer "Al Rehab". Designed for 600,000 and 200,000 inhabitants respectively, they will offer all the amenities of daily life, including schools, universities, hospitals, medical care centers, hotels, entertainment and shopping centers, sports facilities, green spaces, office buildings, villas and apartment units. For ThyssenKrupp Elevator Egypt this is the second major contract for the two development projects following an initial order for 364 elevators. According to the developer's plans the construction work in "Madinaty" will be completed in 2023. The first part of "Al Rehab" is due for completion in 2011 and the remainder in 2017.

The synergy is a particularly future-oriented elevator system. Thanks to its compact design the installations require no machine room and only reduced shaft heads and pits. This allows architects greater design freedom and increases the useful space of buildings. In addition, the gearless traction machines are extremely energy-efficient and reliable and so particularly cost-effective in operation.

The synergy elevators in this contract have a design load of 450 kilograms, offer space for six people and will serve up to seven stops.

ThyssenKrupp Elevator has been present in Egypt with its own subsidiary for over ten years. Customers mainly include hotels, hospitals, administrative, residential and office buildings as well as public transit authorities. Among the renowned clients are Cairo International Airport and Sharm El Sheikh International Airport. Both use almost the whole range of the company's passenger transportation systems, including elevators, escalators, moving walks and passenger boarding bridges. In addition, ThyssenKrupp Elevator Egypt services the 156 escalators and 54 elevators in Cairo's metro system.

ThyssenKrupp Elevator is one of the leading elevator companies in the world and represented at over 800 locations in more than 60 countries. With 43,000 employees, the company generated sales of over 4.9 billion euros in the fiscal year to September 30, 2008. Its capabilities include passenger and freight elevators, escalators and moving walks, stair and platform lifts, passenger boarding bridges as well as quality service for all products.