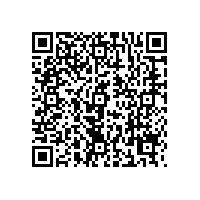 Subscribe to news
(PresseBox) ( Newton, NJ, 17-06-23 )
Thorlabs has entered into an exclusive agreement with Switzerland-based greenTEG for the integration and distribution of thermal sensors within the photonics market. Under the agreement, Thorlabs will develop a comprehensive OEM strategy for the resale of greenTEG’s thermal sensors under Thorlabs’ name and marks, be the sole reseller in the photonics market segment, and incorporate them into its existing line of thermal power meter sensor heads.

"We are excited to incorporate greenTEG’s technologies into our power meter offering," said Manfred Gonnert, Senior Project Leader for Thorlabs’ Power Meter Line. "The greenTEG sensors exhibit superior response over the entire spectral range from the UV to beyond 14 microns. That combined with their large active areas and thin profiles make them the sensors of choice for integration into our power meter product line."

Dr. Wulf Glatz, CEO and co-founder of greenTEG, added: "The collaboration between greenTEG and Thorlabs dates back to 2013 and has become more and more significant over the years. We are very happy to enter into an exclusive reseller agreement with a renowned organization like Thorlabs and strongly believe that this cooperation will ultimately benefit the end user by offering high-quality measurement tools."

The mutually beneficial agreement, which takes effect July 1, 2017, will enable both companies to focus on innovation, resulting in new and improved optical power measurement capabilities.

About greenTEG: greenTEG AG was founded in 2009 as a spin-off of the Swiss Federal Institute of Technology (ETH). The company develops, manufactures, and markets thermal sensors for heat flux and laser power/position measurements and provides consulting on the thermal integration of its products. Today, greenTEG supplies OEMs as well as scientists in corporate and university labs around the world with its unique products. The greenTEG team consists of 15 specialists in engineering, materials science, physics, and electric engineering. All sensors are fully developed and manufactured in Zurich, Switzerland.