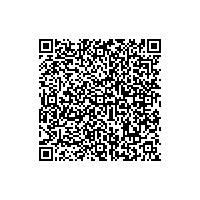 The G-20's Internet Economy Is Set to Reach $4.2 Trillion by 2016-Up from $2.3 Trillion in 2010-As Nearly Half the World's Population Become Web Users, Says Report by The Boston Consulting Group

Subscribe to news
(PresseBox) ( Davos, Switzerland, 12-01-27 )
Every business needs to "go digital" if it is to capitalize on the dramatic transformation of the Internet across the world's biggest economies over the next five years, while governments "should let the market sort out the winners and losers."

The Internet economy of the G-20 is projected to reach $4.2 trillion in 2016-nearly double the size it was in 2010- providing companies and countries with a vital source of growth as they battle to thrive in an era of uncertainty, according to The Boston Consulting Group (BCG).*

The biggest driver is the dramatic increase in the number of users around the globe-from 1.9 billion users in 2010 to a projected 3 billion users in 2016, about 45 percent of the world's population. The rise of the emerging markets, the popularity of mobile devices, especially smart phones, and the growth of social media are also compounding the economic impact of the Internet.

In The Digital Manifesto: How Companies and Countries Can Win in the Digital Economy, BCG makes the case that businesses will be fundamentally transformed over the next five years. It also urges action by companies and countries, recommending the creation of a "digital balance sheet" and offering an agenda for chief executives and policymakers to build their digital advantage. The Digital Manifesto, the latest in a series of BCG reports on the rise of the Internet, was launched today during the Annual Conference of the World Economic Forum at a discussion cohosted by BCG and Google.

"No company or country can afford to ignore this development. Every business needs to go digital," said David Dean, a coauthor of the report and a senior partner at BCG. "The 'new' Internet is no longer largely Western, accessed from your PC. It is now global, ubiquitous, and participatory."

The Rise of the New Internet

The BCG report charts several major shifts that are not well understood by many corporate executives and policymakers. These include the following changes in the use and nature of the Internet:

- From a Luxury to an Ordinary Good. Twenty years ago, at the Internet's commercial birth, its use was restricted to the relatively wealthy. Today it is almost everywhere, with half the G-20's population expected to use the Internet by 2016.
- From Developed to Emerging Markets. By 2016, nearly 70 percent of the Internet users in the G-20 will be from emerging markets, up from 56 percent in 2010. China will have nearly 800 million Internet users-about the same number as France, Germany, India, Japan, the U.K., and the U.S. combined. The contribution of emerging markets to the G-20's Internet economy will grow from less than one-quarter in 2010 to more than onethird in 2016.
- From PC to Mobile. By 2016, mobile devices-increasingly, smart phones- will account for about 80 percent of all broadband connections in the G-20 nations.
- From Passive to Participatory. Social media are changing global communication patterns. Countries such as Argentina, Brazil, Indonesia, and Mexico are going straight to social, with more than 90 percent of Internet users engaged in social media. In these countries, social media are used more extensively than in developed markets in the creation and sharing of content.

This report expands on BCG's detailed analysis of the impact of the Internet in 14 countries commissioned by Google.

At the Davos discussion, Patrick Pichette, Google's senior vice president and chief financial officer said, "Understanding the economic potential of the Web should be an urgent priority for leaders. The Digital Manifesto makes a powerful case for countries and companies to get online and reap the rewards of an age of data."

Why Every Business Needs to Go Digital

Consumers are starting to derive extraordinary value from the Internet, according to the BCG report. Across the G-20, $1.3 trillion of goods was researched online before being purchased offline-representing 2.7 percent of GDP, or more than $3,000 per connected household. In the largest G-20 economies, the perceived value that consumers place on the Internet, above what they already pay, is $1.9 trillion, or $5,000 per connected household.

Likewise, companies that make extensive use of the Internet-including social media-to sell, market, and interact with their customers and suppliers grow faster than those that do not. Over the past 18 months, BCG surveyed more than 15,000 small and medium-size enterprises around the world.

An Agenda for Chief Executives and Policymakers: Focus on the Digital Balance Sheet

According to the report, the uninterrupted growth of the Internet economy is not a foregone conclusion. Businesses need to take an adaptive approach to strategy, manage their legacy businesses while creating new ones, and develop new capabilities, organizational structures, and cultures.

"We are still only at the beginning of realizing the potential of the Internet," said Paul Zwillenberg, another coauthor of the report and a partner at BCG. "To compete, companies need to strengthen what we call their digital balance sheets by building their digital assets and reining in their digital liabilities to create digital advantage."

The report also urges governments to take actions that support rather than impede progress. "In setting policies, government should be guided by what is needed to encourage growth, innovation, and consumer choice rather than by dogma," said Zwillenberg. "In most areas, governments should let the market sort out the winners and losers."

A copy of the report can be downloaded at www.bcgperspectives.com.

Bcgperspectives.com is a new website-available on PC, mobile phone, and iPad- that features the latest thinking from BCG experts as well as from CEOs, academics, and other leaders. It covers issues at the top of senior management's agenda. It also provides unprecedented access to BCG's extensive archive of thought leadership stretching back almost 50 years to the days of Bruce Henderson, the firm's founder and one of the architects of modern management consulting. All of our content- including videos, podcasts, commentaries, and reports-can be accessed via PC, mobile, iPad, Facebook, Twitter, and LinkedIn.

The Boston Consulting Group (BCG) is a global management consulting firm and the world's leading advisor on business strategy. We partner with clients from the private, public, and not-for-profit sectors in all regions to identify their highestvalue opportunities, address their most critical challenges, and transform their enterprises. Our customized approach combines deep insight into the dynamics of companies and markets with close collaboration at all levels of the client organization. This ensures that our clients achieve sustainable competitive advantage, build more capable organizations, and secure lasting results. Founded in 1963, BCG is a private company with 74 offices in 42 countries. For more information, please visit bcg.com.

Recommend The G-20's Internet Economy Is Set to Reach $4.2 Trillion by 2016-Up from $2.3 Trillion in 2010-As Nearly Half the World's Population Become Web Users, Says Report by The Boston Consulting Group press release