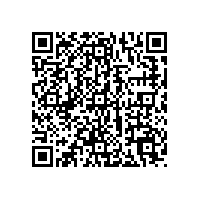 - Overclocked out of the box
- Excellent memory overclocking potential
- Very quiet
- 4 GB of memory
- Up to four active displays makes Surround gaming possible with one card
- Native full-size DisplayPort output
- Support for PCI-Express 3.0 and DirectX 11.1
- Support for CUDA and PhysX

Point of View's GTX 680 TGT Ultra Charged is the first 4 GB GTX 680 that we reviewed. I was, naturally, curious to see what performance gains are possible with a doubled memory size. Unfortunately, all our data suggests that there are no significant improvements to be had. Using three full HD monitors at 5760x1080, we see only one game in our test group, Crysis 2, exceed 2 GB memory usage. Even in this test, the performance relative to a stock 2 GB GTX 680 is within the typical range we see from the overclock out of the box - which has nothing to do with memory. I further investigated and checked memory usage with three 30" monitors, for a combined resolution of 4800x2560. Here we see three benchmarks exceed 2.5 GB: Stalker COP, Crysis 2 and Battlefield 3. Not anywhere close to 4 GB! Running a single card at such a resolution makes no sense since framerates would be too low for any serious gaming. Given this evidence, I am convinced that there is no need to have more than 2 GB of graphics memory on a GTX 680 (or any other recent NVIDIA card). I also have serious doubts that any sane game developer would create a game in the near future that needs tons of graphics memory, effectively locking out 99.9% of their target audience (before you mention it, GTA 4 is just badly programmed).

Memory aside, the Point of View GTX 680 TGT Ultra is a well-rounded beast of a card. It offers a 4% performance improvement, over the GTX 680 reference design, thanks to its overclock out of the box. The card's large triple slot cooler is quieter than most other GTX 680 cards on the market today. During gaming, it is actually the quietest GTX 680 we ever tested so far. Point of View claims a special low leakage GPU selection which could be one of the reasons we see very good power, noise and thermal results. Nevertheless, when fan noise is considered, the company also made the right choices with the fan control curve. I am, personally, a big fan of triple slot cooling designs so long as they provide a noteworthy improvement over a dual slot design. This is the case with the Point of View GTX 680 TGT Ultra.

The card easily mastered our overclocking tests, even though GPU overclocking was a bit below what we've seen from other premium GTX 680 boards. Memory overclocking on the other hand worked exceedingly well and claimed the second highest result in all our GTX 680 testing.

At this time, the GTX 680 TGT Ultra is only available in Europe. We converted the listed price of 570 Euro to 560 USD for our comparisons. This puts the card in the typical range of custom design, overclocked, 4 GB GTX 680 cards; cards with 2 GB retail for around 20 USD less. While the extra memory does not provide any significant performance improvement, it still adds to the card's resale value, since, unfortunately, the forums are full of people who believe that a 2 GB GTX 670/680 will not be able to keep up with their latest games - they are willing to spend extra cash just for some peace of mind.