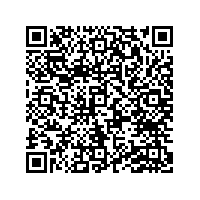 (PresseBox) ( London, 10-08-17 )
The Linux Foundation, the nonprofit organisation dedicated to accelerating the growth of Linux, today announced that Texas Memory Systems has become its newest member.

Instead of a rotating mechanical disk, SSDs use memory chips (typically DDR RAM or Flash Memory) to read and write data. These drives eliminate the mechanical limitations and latency of hard disk drives and allow storage speeds to catch up with the speed of today's processors, thereby improving performance and productivity. With SSDs, applications can accommodate more concurrent users and simultaneous transactions and can be more economical than adding monolithic RAID, servers, RAM, or constant application tuning.

Texas Memory Systems will work with The Linux Foundation and the Linux kernel community to help ensure that its SSDs are supported in the mainline kernel, which benefits Texas Memory Systems' customers using Linux who will have support for their drives "outofthebox." The company's efforts to upstream the Linux driver for supporting PCIe SSD drives are part of an industry effort it is leading to ensure all storage manufacturers have support for new storage devices in the mainline Linux kernel.

"Linux is key to our longterm success," said Jamon Bowen, Director of Sales Engineering, at Texas Memory Systems. "There is an enormous amount of innovation within the open source community, primarily driven through collaborative development. Texas Memory Systems wants to help accelerate that work in order to meet both the needs of the community and customers who need advanced highperformance SSDs in a variety of IT environments."

The Linux Foundation's membership is made up of thousands of individual and corporate members, as well as affiliates: http://www.linuxfoundation.org/about/members. The aggregate contributions from these members advance the operating system to compete in the enterprise and on nextgeneration computing devices.

About the Linux Foundation