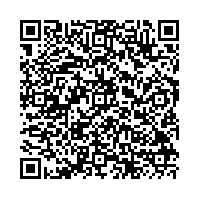 (PresseBox) ( LAS VEGAS, 06-04-06 )
Executives from a variety of companies today discussed the importance of merging unique skills from diverse technologies into the wireless market to fit the needs of an ever-changing set of mobile consumers. Leaders from Context-Based Research, Eastman Kodak Company, Mobile ESPN, Modeo, and Texas Instruments Incorporated [NYSE: TXN] (TI), exchanged ideas on how industries must think beyond traditional business borders as the mobile phone becomes an increasingly personalized tool. The panel, “Beyond Borders: The Changing Wireless Landscape,” was moderated by Roger Entner, vice president of Wireless Telecom for Ovum Research, today at the Las Vegas Hilton.

In remarks introducing the panel discussion, Rich Templeton, TI president and CEO, outlined two distinct consumer groups who are defining the time ahead for wireless.

“One group includes the billions of consumers in growing markets like China, India, Russia and Brazil, who want access to the convenience of the mobile phone,” Templeton said. “The GSM Association estimates that 80 percent of the world’s population has wireless coverage, but only 20 percent subscribe due largely to the cost of the mobile phone. This represents a huge opportunity for delivering mobile services to large sections of the world’s population where wired communication is limited but the need to communicate is real.”

The second group exercising significant influence to wireless is the youth market. Templeton noted that in the United States alone, there are 60 million members of what is being termed Gen Y, consumers between the ages of five and 20, who have only experienced a world that includes mobile phones.
This generation of young buyers is creating an interesting opportunity for both current and new entrants in the wireless industry to develop appealing mobile products.

“With the energy inherent to the young, the youth market is fueling a shift toward personalization of the mobile phone as they push adoption of the latest applications and services,” Templeton said. “No doubt, traditional boundaries no longer exist in wireless, and we are experiencing an exciting collaboration among leaders from inside and outside this industry who are working together to deliver mobile applications and services that truly capture the lifestyles and imaginations of tomorrow’s consumer.”