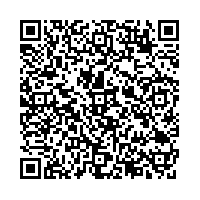 The high performance of the SN65LVDS301 transmitter supports current and future screen resolutions in mobile handset displays. Designers are able to select one, two or all three of the device’s serial subLVDS channels according to the design needs, allowing them to develop with the same chipset for resolutions from QVGA through XGA, including VGA.

Supporting signals of up to 150-mV swing on the transmitter, the LVDS301 reduces 27 bits of data down to one, two or three channels, depending on the application. The low-swing serial signal helps reduce electromagnetic interference (EMI), which is a critical parameter in cell phones. With a noise floor around -105 dBm and spurs below -95 dBm, the EMI of the LVDS301 is extremely low. In addition, the serial transmitter requires fewer interconnects than typical parallel interfaces, allowing a much thinner flex cable to be used. This allows for a more reliable and robust mechanical connection across the clamshell hinge and makes swivel screen designs easier.

The LVDS301 offers several features that make the designer’s job easier, such as bus swap, which allows more flexibility in board layout and assembly. In addition, the devices’ parity check feature enables designers to catch errors while testing their design, which ensures accurate image display.

The SN65LVDS301 transmitter IC is sampling now in a 5-mm x 5-mm MicroStar
Junior(TM) ball-grid array (BGA) package. It will be available in volume in 2Q2006, priced at $2.10 in 1,000-unit quantities. Support for designers will include IBIS models. TI will introduce the three-channel receiver, as well as one- and two-channel transmitters and receivers in the FlatLink3G family in 3Q06.