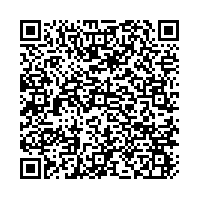 (PresseBox) ( Dallas, 10-07-14 )
Texas Instruments Incorporated (TI) (NYSE:TXN) said today it will purchase two wafer fabs and manufacturing equipment located in Aizu-Wakamatsu, Japan. The assets currently are operated by Spansion Japan Limited (SJL) and are being acquired under a courtapproved plan of reorganization.

This purchase costeffectively increases the production capacity that TI can offer its customers of analog semiconductors. It includes a 200mm wafer fab currently in operation that is capable of expanding TI's analog revenue by more than $1 billion annually, as well as a second nonoperating wafer fab of equal size for either 200mm or 300mm production. TI will continue running the first fab and will preserve the second fab for future capacity expansion. TI plans to offer employment to almost all of SJL employees in Aizu.

The purchase also includes 300mm production tools, many of which will be moved to Richardson, Texas, to help complete Phase II of RFAB, the industry's first 300mm analog wafer fab. With the completion of Phase II, RFAB will be capable of supporting $2 billion of revenue per year. A portion of the 300mm tools that come with the acquisition in Japan are not needed for TI's advanced analog technology processes and will be resold.

"Analog technology is increasingly important as the vital link between the real world and digital domain in all electronic applications," said Gregg Lowe, senior vice president in charge of the company's Analog business. "This latest addition of analog capacity will further increase TI's ability to support our customers' growth, now and in the future."

This acquisition is the most recent in a series of analog manufacturing expansions announced by TI over the past 24 months which collectively will add capacity for more than $3.5 billion of additional Analog revenue per year when fully operational.