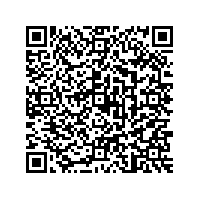 (PresseBox) ( Dallas, 06-02-01 )
Texas Instruments Incorporated (TI) (NYSE:TXN) today announced that Humax, one of the leading set top box manufacturers in the world, has leveraged TI's programmable digital media processor platform to achieve T-Online Certification for its three-in-one RG-100 set top box. The RG-100 is a unique product that combines a digital satellite set top box with a personal video recorder and an IP Video on Demand decoder, as well as support for multiple advanced video formats, such as MPEG-4 and H.264. Humax, known in the industry as the Easy Digital™ company, is making it even easier for consumers to access the myriad capabilities of set-top-box technology by combining three key functions into one product. As an IP Video on Demand decoder, the RG-100 offers a range of interactive services from T-Online, while as a set top box it receives encrypted services via a common interface module as well as FTA broadcasts at the same time. Support for multiple video codecs provides access to a host of content as well as improved bandwidth efficiency. Humax also offers software upgrades through the satellite connection or the company's website so consumers have access to the latest digital broadcast content. The RG-100 leverages TI's programmable TMS320DM642 media platform to provide this level of content, functionality and convenience. Built on the proven architecture of TI´s TMS320C64xTM generation of DSPs, the DM64xTM digital media processors achieve performance levels of up to 720 MHz, providing multiple performance, price and integration options. TI´s DM642 processor supports the latest advanced video codecs, such as Windows MediaTM Video series 9, H.264, MPEG-4 part 2 and MPEG-2. Delivering exceptional video quality with next-generation functionality and flexibility, TI´s programmable digital technology enables OEMs like Humax to evolve and keep up with ever-changing technology demands of the set-top-box market. "With the DM64x in place as the anchor technology of our three-chip architecture, we were able to achieve certification quickly and efficiently," said Si-Young Park, Manager of NBSP Team, Humax. "By utilizing TI's programmable engine, we could fine tune our system, allowing us to meet the demanding needs of T-Online." Humax and TI continue to work together on next-generation iterations of set-top-box technology both on the proven DM642 and the revolutionary, code-compatible DaVinci™ digital media platform. With vast scalability options, the SOC-based DaVinci platform enables advanced innovations in video, image, and audio applications. The DaVinci platform uses the latest high-density semiconductor technologies (90 nm) and delivers exceptional performance and quality at efficient chip costs. An abundance of pre-developed software and state-of-the art development tools allow developers to focus on adding unique applications, such as video telephony and networked surveillance, as well as customized user interfaces to the set-top box. Increasing deployments of TV services by telco operators are boosting the IP/DSL set top box market, according to In-Stat Principal Analyst Michelle Abraham. As a result, In-Stat predicts shipments of IP/DSL set top boxes will grow from 1.7 million in 2004 to 16.9 million in 2009, surpassing the digital cable set top box market in size.

About HUMAX HUMAX Inc. was founded in 1989 with the sole vision of becoming a leader in the digital set top box market. We quickly gained recognition for our quick-to-market, innovative products engineered with cost-effectiveness in mind. HUMAX was the first Asian company to develop a Digital Video Broadcast Set Top Box (DVB STB) and is currently the worlds 3rd largest Set Top Box brand worldwide. With global manufacturing capabilities, and well over half its total revenue being poured back in R&D, we are quickly making advances in all facets of the consumer electronics industry with a truly international presence. Humax is listed on the Korean stock exchange (KOSDAQ).