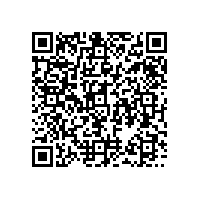 (PresseBox) ( Hamburg, 09-07-14 )
For protection from theft, tracking and tracing of processes in production, and identification over the entire product lifespan - permanent, tamperproof labeling on glass offers a range of different possible applications. With its tesa® 6926 LTF-C laser transfer film, tesa has now developed a highly efficient solution that relies on laser technology and is especially suitable for labeling solar modules. The new product has been jointly developed by tesa SE and Panasonic Electric Works Europe AG.

The high-contrast, black lettering is highly resistant to friction and to the effects of weather, temperature (> 1000 degree Celsius), and solvents or other chemicals.

Laser-based and gentle to glass

LTF-C stands for "laser transfer film contrast." This technology makes it possible to apply nanoparticles to glass surfaces through laser induction. The film is first affixed to the glass panel. Then the source beams a laser through the glass, onto the LTF-C film. This means that both the glass surface and the pigment film undergo minimal manipulation. Parts of the LTF-C film are pulverized and bonded to the glass. When a labeling film that is optimally aligned to this use is combined with a high-precision laser radiation source, the process enables permanent labeling without damaging the glass.Identification and protection from theft

Along with application of logos and design features, LTF-C film is especially suitable for permanent labeling with various types of information, such as serial numbers or bar codes and matrix codes. These features can be used to clearly identify products such as solar modules over their entire lifespan. Because LTF-C labeling cannot be removed without destroying the glass, serial numbers applied in this way can be used, for example, for dependable checking of warranty claims.

The fact that the labeling is so clear additionally contributes to preventing theft. Illegal removal of fixtures such as solar modules, in particular, "under cover of darkness" represents a growing challenge. For that reason, the Bavarian State Office of Criminal Investigations (Landeskriminalamt) has already issued a security recommendation, advising owners to label all photovoltaic fixtures with a permanent "owner identification number" in order to facilitate the tracking of evidence during official investigations.*

Because LTF-C labeling can be applied very quickly and is machine-readable, these types of marking are also suitable for track & trace systems in fully automated production environments. This way, a product can be clearly identified during production and the process can be traced. This makes it possible to identify weaknesses and optimize both processes and product quality accordingly. Because of their high durability, LTF-C labels also withstand heavy stresses during the production process.

The combination of high-contrast, permanent, highly durable marking and especially gentle application to the glass surface is what makes the LTF-C technology unique. Due to these features, the solar industry is already using the process of glass marking using tesa LTF-C film to label modules. In addition, a well-known volume producer from the plate glass industry is already relying on tesa LTF-C technology to mark its products.

tesa will be presenting the new LTF-C film at the "24th European Photovoltaic Solar Energy Conference and Exhibition" in Hamburg (September, 21st til 24th), trade fair stand B6/86.