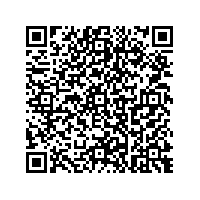 (PresseBox) ( Nevada City, 13-05-15 )
Telestream®, the leading provider of video transcoding and workflow automation solutions, today announced the expansion of its sales management team to address significant worldwide growth for its enterprise-class video products. Mark Wronski was named Vice President of Sales for the Americas and George Boath was named Vice President of International Sales for Telestream's enterprise products, which are comprised of multiformat video ingest, transcoding and file-based workflow automation products. Telestream also announced the addition of other sales management roles, as it positions itself for continued growth following a record first quarter in 2013.

"I am thrilled to announce that Mark and George have joined the executive team where they will be instrumental in leading our sales organizations to drive worldwide business growth," said Dan Castles, CEO at Telestream. "Their proven sales leadership skills combined with a deep understanding of our products, applications and markets will help us move into the next phase in our company's history of aggressive growth."

Wronski is responsible for managing Telestream's enterprise direct sales team and distribution network across North and South America. He brings over 30 years of leadership experience in both sales and corporate management to the Telestream team.

"File based workflow requirements for digital media have evolved from their simple watch folder roots to highly automated, decision based processes needed to save users both time and labor expenses," said Wronski. "Telestream leads the industry in offering these expanded capabilities to the market, and I am excited to be working with our clients in the Americas to deliver them."

Boath expands his role in managing the company's enterprise sales teams in Europe, Africa and the Middle East, to include the Asia-Pacific region. Following his start in the telecom industry, George has spent 27 years selling and marketing broadcast video technology products.

"I watched Telestream as a startup and always liked the energy, creativity and culture of the company which customers like and trust," said Boath. "It has been enormously satisfying to develop the sales channels and help grow our business in Europe, and I look forward to doing the same in Asia."

Telestream holds a dominant position in the file-based video transcoding and workflow automation market. According to the October 2012 Multimedia Research Group, Inc. Report Growth in Video Streaming Good News for Multiformat Transcoders, the multiformat transcoder market is expected to grow from under US$200 million in 2011 to over US$500 million in 2016.

More information about Telestream and its products is available at www.telestream.net.

Telestream provides world-class live and on-demand digital video tools and workflow solutions that allow consumers and businesses to transform video on the desktop and across the enterprise. Many of the world's most demanding media and entertainment companies as well as a growing number of users in a broad range of business environments, rely on Telestream products to streamline operations, reach broader audiences and generate more revenue from their media. Telestream products span the entire digital media lifecycle, including video capture and ingest; live and on-demand encoding and transcoding; playout, delivery, and live streaming; as well as automation and orchestration of the entire workflow. Telestream corporate headquarters are located in Nevada City, California. The company is privately held. For more information, visit www.telestream.net.