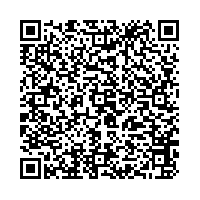 (PresseBox) ( Nevada City, 13-05-17 )
Telestream®, the leading provider of digital media tools and workflow solutions, announced that its Episode® Engine professional video encoding application has been selected for the third year in a row to encode all Web videos for the Festival de Cannes. Episode was chosen for its ability to streamline the entire video encoding and delivery process, all within a single application. This year's Festival will be held May 15-26 in Cannes, France.

Episode Engine was selected for the Festival de Cannes official website to replace multiple technologies that had previously been used to encode and deliver videos to multiple destinations.

"I chose Telestream Episode Engine because it allows us to input watch folders at the start of the chain, process several videos simultaneously, and save files both to remote FTP folders and locally," said Anthony Verpoort, video project manager for the Festival de Cannes official website. "In addition, I was able to link up all five Mac Pro computers using Episode Engine's clustering capability to maximize processing power.  That has made a huge difference!"

As the official website for the prestigious film festival, Verpoort and his team receive film trailers and clips that must be converted to the proper format and encoded into six different resolutions and bit rates for online viewing and press download. Additionally, videos from TV Festival, which covers photo calls, interviews, press conferences and all the red carpets events, must be processed and put online promptly. All TV Festival content is produced in both French and original-language versions and encoded into three different compression resolutions and bit-rates.

"Episode Engine is a perfect fit for organizations such as Cannes, which need to process loads of content and quickly get it out in multiple resolutions, bitrates and language versions," said Barbara DeHart, VP of marketing at Telestream. "Episode combines broad format support, automated workflow capability, and the ability to distribute the encoding among clusters of machines for maximum speed and efficiency."

With Episode, Verpoort can take a 40-minute press conference video and compress it in six formats and uploaded in less than 30 minutes. Episode Engine speeds the entire encoding workflow, allowing Verpoort and his team to quickly get videos online and keep their viewers up-to-the-minute on what is happening at the Festival.

For more information about Telestream and Episode, visit www.telestream.net or see the company at Streaming Media East, May 21-22 in New York, booth 101 or Streaming Forum Europe, June 18-19 in London.

For more information about the Festival de Cannes, visit http://www.festival-cannes.com/.

Trademarked company and product names are the property of their respective companies.

Ever since its creation, the Festival de Cannes has remained faithful to its founding purpose: to draw attention to and raise the profile of films with the aim of contributing towards the development of cinema, boosting the film industry worldwide and celebrating cinema at an international level. For more information on the Festival de Cannes, visit www.festival-cannes.com/.

Telestream provides world-class live and on-demand digital video tools and workflow solutions that allow consumers and businesses to transform video on the desktop and across the enterprise. Many of the world's most demanding media and entertainment companies as well as a growing number of users in a broad range of business environments, rely on Telestream products to streamline operations, reach broader audiences and generate more revenue from their media. Telestream products span the entire digital media lifecycle, including video capture and ingest; live and on-demand encoding and transcoding; playout, delivery, and live streaming; as well as automation and orchestration of the entire workflow. Telestream corporate headquarters are located in Nevada City, California. The company is privately held. For more information, visit www.telestream.net.

How manufacturers individualize their ETIM MC (Modeling Class) with CADENAS