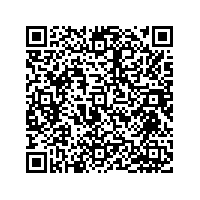 Deutsche Telekom setting the pace for the Internet of Things

Subscribe to news
(PresseBox) ( Hanover/Bonn, 17-03-20 )
The Cloud: Made in Germany has never been in such demand
Smart parking: Digital parking space management for German cities
Security: Protecting industrial control systems against Stuxnet & Co
Artificial intelligence: IPsoft moves into the House of Clouds
New networks, new partnerships: Boost for the Internet of Things


From trending new topics like artificial intelligence to evergreens of the digital revolution like the cloud and network buildout – Deutsche Telekom  demonstrates all facets of the Internet of Things (IoT) from March 20 to 24 at CeBIT 2017.

"We're actively driving the Internet of Things into the business world", says Deutsche Telekom Board of Management member and T-Systems boss, Reinhard Clemens. "The age of realtime has begun: machines based on IoT now demand response times of less than a millisecond. The cornerstones for further successful IoT development are the cloud, security and networks. Deutsche Telekom has invested billions of euros in all three areas over the years. That's why I consider the Group to be very well positioned for the new networked world."

Futher information in the CeBIT media kit under: www.telekom.com/media-cebit

The Cloud: Made in Germany has never been in such demand
Cloud solutions are now advancing into the Internet of Things as well. One indication of their increasing presence is the amount of cloud-based exhibits at the Deutsche Telekom booth. From supermarket shelves,  and bar counters to vegetable boxes and beehives, the cloud is now well able to transfer data from a huge variety of sensors safely back to T-Systems' data centers. Once there, the accumulated information can be used by customers for analysis, providing a firm base for both existing and brand new business models.

Thus, the strong demand for data protection is boosting demand for the German cloud. " Customers want to use the German cloud for many reasons. It may be that it's a reaction to current political events, scandals over eavesdropping or Internet criminality," Clemens comments. "That's why Deutsche Telekom has developed a cloud ecosystem over the years that conforms to Germany's strict data privacy laws." That ecosystem now comprises up to 150 partner solutions. The entire Group achieved revenues of about 1.6 billion euros in cloud business in 2016. That represents an increase of 12 percent, and more than two thirds of that figure is accounted for by T Systems. The business has long achieved its cloud revenues entirely through its private cloud sales (specialized solutions provided especially for a single customer).

Smart parking: digital parking space management in Hamburg and Dortmund
Our smart parking exhibit shows just how the cloud, security and networks interplay with one another in making the IoT capable of realtime operation. Visitors to the trade fair will see a miniature version of the system about to be introduced by the city of Hamburg to simplify the search for parking spaces in the city. In 2018, motorists in the Hanseatic city should be able to use the new system to find, reserve and pay for vacant parking spaces using an app developed by T-Systems. To facilitate the new system, the city council and its service providers are digitizing a total of 11,000 public parking spaces. On-street sensors will then send information to motorists' smartphones almost in real time on where vacant parking spaces can be found.

"What makes digitization projects live and breathe is scalability. We intend to offer this smart parking solution all over Germany," Clemens says, emphasizing the importance of the Smart City project. Numerous city authorities have expressed interest in the new parking solution. Dortmund, Merzig and Moers are already introducing the service.

Security: Machine learning software against Stuxnet & Co
Machine learning software is making advances in the field of security. In any networked system or process, the security of the entire system is always determined by the weakest link in the chain. And the more sophisticated the attacker is, the cleverer the detection and defense systems will have to be. Deutsche Telekom installs alarms in networks capable of identifying anomalies quickly and of responding to them effectively, eliminating malware incursions before they reach their goal.

The Group is now showcasing new security solutions designed to protect industrial control systems – through the use of machine learning. The CeBIT team demonstrates these new defense mechanisms using a model power plant as a sample system. "Using a solution like this, we would have immediately recognized and eliminated the infamous Stuxnet worm years ago," says Clemens.

Artificial intelligence: IPsoft moves into the House of Clouds
In addition to the sensors now increasingly being used in status monitoring and predictive maintenance, artificial intelligence (AI) is playing an increasingly important role in modern business operations. So, just in time for the CeBIT fair, the T-Systems "House of Clouds" has a new arrival: Deutsche Telekom's corporate customer arm can now offer IT services backed by artificial intelligence (AI). IPsoft, a leading provider of AI solutions is moving the technology platform Amelia into the cloud. Now a part of the T-Systems portfolio, Amelia speeds up business processes, improves customer service quality and provides round-the-clock (24/7) availability. T-Systems provides advice to customers on the use of AI – in other words, on the implementation of what are referred to as cognitive services. In addition to this, the digital service provider sets up and operates these services.  They will be made available in the German cloud during the course of 2017.


The rollout of a NarrowBand IoT network in eight European countries. This network provides excellent building penetration and provides coverage in locations usually inaccessible to radio waves, such as basements and underground parking lots.
Investments in 5G as a basic precondition for realtime communication:An industrial robot at our booth demonstrates that 5G is capable of providing reliable response times – exactly eight milliseconds, every time. Such cutting-edge network technology is set to come into its own at industrial and business facilities, as well as such complex sites as airports, long before they become part of the daily lives of private consumers. It promises capacities a thousand time greater, transfer speeds ten times faster and ten times shorter latencies than the technology available in today's networks. With 5G, service providers such as Deutsche Telekom can guarantee their business customers the quality of service they need.
Partnership with BT for immediate increase in reach by up to 60 percent.
Further development of ngena, a worldwide network for IoT applications at the push of a button (often called a software-defined network). With the 15 partners already involved in the initiative, it spans North and South America, Australia and large expanses in Europe, Africa and Asia. Final completion of the network, with 25 partners, is planned for 2018 to 2019.


„Digitization. Simply. Make it happen” - experience our products and services live at CeBIT from March 20 - 24 at the Deutsche Telekom stand in hall 4, stand C38.

Deutsche Telekom's entire presence at the trade fair is carbon-neutral: All CO2 emissions generated in setting up and operating the stand are offset fully by carbon-reduction projects abroad.

Digitization thinkers and leaders discuss their hands-on experiences in top-class talk formats. Information about the program and participants can be found at telekom.com/cebit.