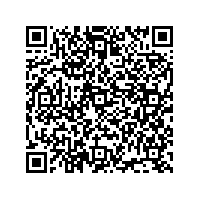 Net income grew 16 percent to a second-quarter record of $41 million; Over 4 million shares repurchased during the quarter

"Our secondquarter results clearly demonstrate our strategic focus on improving profitability and return on capital employed through responsible growth, and by diversifying into more specialized offerings," said Robert M. Dutkowsky, chief executive officer, Tech Data Corporation. "Despite various macroeconomic uncertainties at the start of the quarter, the IT market grew at a good pace in both of our regions, allowing us to continue our focus on net revenue growth - growing with select customers and vendors, while shifting away from less profitable, or more capitalconsuming business. This strategy has served us exceptionally well for the last several quarters, significantly improving the quality of our vendor and customer portfolios, delivering select market share gains, meaningful operating margin expansion, record earnings, and industryleading return on capital employed.

Additionally, in the second quarter, we continued to put our strong balance sheet and excess cash to good use, announcing three acquisition agreements and buying back $170 million of stock under our share repurchase programs."

"As we look ahead to the third quarter, we expect demand trends to continue and sales to follow seasonal patterns, allowing us to deliver yearoveryear sales growth, on a local currency basis, in both regions.

While we anticipate the impact of foreign currencies to have a more pronounced effect on the fiscal year's secondhalf results than the first half, we are confident that our continued focus on responsible growth and excellent expense and asset management, will deliver solid results for the remainder of the fiscal year, and keep us on the trajectory to achieve our longerterm financial objectives," said Dutkowsky.

Tech Data will be discussing its secondquarter results on a conference call today at 9:00 a.m. ET. A webcast of the call, including supplemental schedules, will be available to all interested parties and can be accessed at www.techdata.com (Investor Relations section). The webcast will be available for replay until 5:00 p.m. ET on Thursday, August 26, 2010.

Certain matters discussed in this news release are forwardlooking statements, based on the company's current expectations that involve a number of risks and uncertainties. Factors that could cause actual results to differ materially include the following: downturns in the global economy; intense competition both domestically and internationally; narrow profit margins; dependence on information systems; potential adverse effects of acquisitions; exposure to natural disasters, war and terrorism; dependence on independent shipping companies; the impact of increases in freight and handling fees charged to customers; potential impact of labor strikes; risk of declines in inventory value; product supply and availability; changes in vendor terms and conditions; loss of significant customers; credit exposure due to the deterioration in the financial condition of our customers; the inability to obtain required capital; fluctuations in interest rates; foreign currency exchange risks and exposure to foreign markets; the impact of changes in income tax and other regulatory legislation; changes in accounting rules; and the volatility of common stock. Additional discussion of these and other factors affecting the company's business and prospects is contained in the company's periodic filings with the Securities and Exchange Commission, copies of which can be obtained at the company's Investor Relations website at www.techdata.com. All information in this release is as of August 19, 2010. The company undertakes no duty to update any forwardlooking statements herein to actual results or changes in the company's expectations.

Tech Data Corporation (NASDAQ GS: TECD) is one of the world's largest distributors of technology products from leading IT hardware and software producers. Tech Data serves more than 125,000 IT solution providers in over 100 countries. Every day, these valueadded resellers depend on Tech Data to costeffectively support the technology needs of end users, including small and medium businesses (SMB), large enterprises and government agencies. Ranked 109th on the FORTUNE 500(R), Tech Data generated $22.1 billion in net sales for its fiscal year ended January 31, 2010. To learn more, visit www.techdata.com.