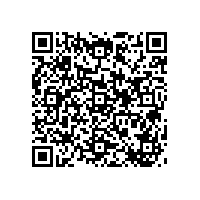 CBTC is a wireless-based train control system that accurately detects the location of a train by exchanging information, including exact position, speed, travel direction and braking distance, in real time via continuous two-way communication between ground and train (board). In the modern CBTC systems this information enables the wayside equipment to define the points on the line that must never be passed by the other trains on the same track. These points are communicated to make the trains automatically and continuously adjust their speed while maintaining the safety and comfort requirements.

"This is a major milestone in our growing and successful presence in the railway industry", said Michael Tiedemann, SYSGO's CEO. "It demonstrates the world-wide recognition of PikeOS' safety and security features and SYSGO's certification expertise in that area."

PikeOS is a modern RTOS based on hypervisor technology. Its Safe and Secure Virtualization (SSV) features allows multiple operating system APIs, called "Personalities", to run concurrently on one machine, e.g. an ARINC-653 application together with Linux or AndroidÔ. For this CBTC railway project, PikeOS Native and POSIX Personalities are considered. The PikeOS microkernel architecture allows it to be used in cost sensitive, resource constrained devices as well as large, complex systems. Typically, PikeOS can be used for the board and ground parts of the same distributed system, as it is the case with this CBTC railway project.

PikeOS is certified to avionics standard DO-178B, is MILS compliant, and is currently involved in various security standard CC's EAL certification projects. PikeOS is in the final stage of being certified by TÜV Süd according to safety standards IEC-61508 SIL3 and EN50128 SIL3/4.