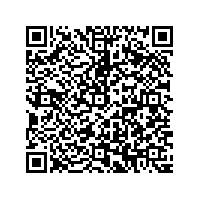 Subscribe to news
(PresseBox) ( Mainz, 13-04-30 )
SYSGO, a leading supplier of software solutions for the world's most demanding safety and security embedded applications, successfully achieved the IMA4Space project, funded by the European Space Agency (ESA), as part of a consortium including industrial players such as Astrium, GTD, Scisys and Thales Alenia Space. SYSGO's contribution to the project was its certified RTOS (Real-Time Operating System) PikeOS which ran on the selected LEON space platform.

The IMA4Space project was initiated by ESA as the result of a Working Group in autumn 2007 between Astrium, Thales Alenia Space, CNES and ESA-ESTEC to jointly develop the "User Needs" with respect to onboard "Time and Space Partitioning" (TSP) inspired by the successful deployment of IMA in the Aviation industry.

The concept of Integrated Modular Avionics (IMA) was invented in the early '90s to overcome the vast number of single electronic devices in the avionics. The goal therefore was to decrease the number of computers in an aircraft, but as the required software complexity is heavily increasing at the same time, new techniques and an international standard ARINC-653 have been developed to manage a safe execution of multiple software applications on the same hardware platform.

The initial analysis of TSP features conducted by the Working Group identified the following potential benefits for space avionics:

- Increased reliability of the onboard software by preventing failures in a certain function of the software to propagate to other functions; this allows also to segregate highly critical functions from lower criticality functions, and apply different levels of testing without lowering the overall reliability.
- Increased efficiency of the software validation and qualification process avoiding the typical situation where a small change in one function can result in having to do extensive non-regression testing of the complete onboard software.
- Reduced effort for the integration of software modules implementing functions (functional chains) can be done with less effort and risk.

The natural next step was the definition of the IMA-SP platform, a Computing Platform that controls the use of resources exported to applications in order to ensure time and space partitioning. The IMA4Space project was created to implement this platform, based on a "TSP Abstraction Layer" (TSAL), an ARINC-653 subset built within RTEMS, an open source RTOS used by ESA.

"The IMA4Space project is one of the key initiatives from ESA to address the needs of future space applications," declares Dr Martin Hiller, the ESA Technical Officer. "ESA has a long track record of being innovative in implementing new technologies, and insuring safety and security requires to develop a new generation of solutions. We were very happy with the outcome of the IMA4Space project and with the contributions of the consortium members such as SYSGO."

SYSGO was involved in the evaluation of the IMA-SP paradigm by providing ARINC-653 compliant PikeOS RTOS embedded on the same platform node as software using PikeOS Native and RTEMS Personalities implementing TSAL for 2 targets (LEON2/MMU and LEON3/MMU) and their simulators.

"We were proud to be part of the IMA4Space project," declares Jacques Brygier, VP Marketing of SYSGO. "We think that having the certified RTOS PikeOS from SYSGO, already used in different major commercial aircrafts, was a key asset for the project. The safe and secure virtualization capability of PikeOS was already used in a previous and related ESA project, SecPar. The fact that PikeOS is addressing both safety and security requirements, combined with its flexibility, makes it a valuable solution to address space requirements."

The IMA4Space project started in July 2010 and ended successfully in March 2013. The members of the consortium were: Astrium, GTD, GMV, Spacebel, Scisys, SYSGO, Universidad Politécnica de Valencia, and Thales Alenia Space. The project is part of a more general program conducted by ESA to define a TSP (Time and Space Partitioning) solution satisfying ESA requirements for future space equipments. The first step was the SecPar (Securely Partitioning Spacecraft Computing Resources) project: the goal was to investigate the application of secure time and space partitioning technologies to enable multi-use missions from a single platform. The second step was the IMA4Space project with the objective to define, develop and demonstrate an "IMA for Space" system. A strong requirement was to build the system on existing standards and components such as ARINC653, state-of-the-art Space-grade processors (Leon3/MMU and Leon2/MMU), avionics data links (1553, Spacewire) and existing OBSW (On-Board SoftWare) and related validation facilities.

PikeOS is an RTOS (Real-Time Operating System) built upon the Safe and Secure Virtualization (SSV) technology that enables multiple operating system interfaces, called Personalities, to work safely and securely on separate sets of resources within a single machine. PikeOS has the largest range of supported Personalities of the market, including PikeOS Native, ARINC 653, Linux, POSIX, Certified POSIX, Android(TM) , RTEMS, AUTOSAR, iTRON and others. The PikeOS microkernel architecture allows it to be used in cost sensitive, resource constrained devices as well as large, complex systems. The simplicity and compactness of the PikeOS design results in real-time performance that competes head-to-head with conventional proprietary RTOS solutions. PikeOS supports single- and multi-core processor architectures. Support of multi-core offers a flexible approach to the user who can select an execution model ranging from a pure AMP (Asymmetric Multi Processing) to full SMP (Symmetric Multi Processing). PikeOS is certifiable to safety standards like DO-178B/C, IEC 61508, EN 50128, IEC 62304 or ISO 26262, is MILS compliant, and is currently involved in various security standard Common Criteria EAL certification projects.