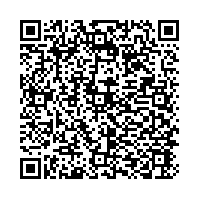 Synchronica plc (AIM: SYNC, TSX-V: SYN), the international provider of push email, instant messaging, and social networking services, is pleased to announce that the United States Patent and Trademark Office has granted patent 7808511, Method and System for Streaming Documents, Email Attachments, and Maps to Wireless Devices. [1] The patent was acquired by Synchronica with the purchase of Iseemedia and complements an existing patent which was already granted by authorities in China.

Synchronica recently acquired Ieemedia, providing an advanced document transcoding engine Iseedocs, which converts and optimizes office and multimedia documents on the fly. By using the now patented advanced streaming technology, Iseedocs can dramatically reduce the consumption of network bandwidth by as much as 90 percent when downloading email attachments to wireless devices.

With Iseedocs, attachments, such as documents, images, or maps, can be 20 MB or larger and will still only take seconds to arrive on the phone. The content can be viewed in a thumbnail, table of content, or rich text view. Synchronica is planning to integrate the Iseedocs streaming technology into its flagship product Mobile Gateway in time for Mobile World Congress 2011.

Carsten Brinkschulte, CEO of Synchronica plc, comments: "Whilst these patents add to the company's intellectual property assets, as a developer of products that are based principally on open industry standards, Synchronica does not intend to participate in the patent wars that have dogged the sector. However, securing a U.S. patent is another milestone for Synchronica and protects our strategic position."

Headquartered in England, Synchronica also maintains a development center in Germany and the Philippines in addition to a regional presence in Canada, the USA, Hong Kong, Spain, and Dubai. Synchronica plc is a public company traded on the AIM list of the London Stock Exchange (SYNC) and the Venture Exchange of the Toronto Stock Exchange (SYN). For further information, please visit www.synchronica.com

5 Simple Steps to use electronic signatures in your business

The Vehicle Interior of the Future. 4th Fireside Talk