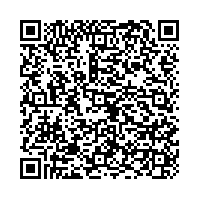 "By April 16, we surpassed 50 implants of the Total Artificial Heart performed this year," said Michael Garippa, SynCardia Chairman/CEO/President. "If SynCardia Certified Centers continue to implant at this rate, for the first time in company history, more than 160 implants of the Total Artificial Heart will be performed this year."

In March, the 500th implant of the Total Artificial Heart in the U.S. was performed, with the total number of implants now surpassing 1,150 worldwide. There are currently 80 SynCardia Certified Centers worldwide with an additional 36 hospitals undergoing SynCardia's four-phase certification program.

In February, SynCardia was selected by Forbes as one of "America's Most Promising Companies" for the second consecutive year. SynCardia was ranked #69 on the list of 100 privately held, high-growth companies with bright futures, moving up eight spots from its #77 ranking last year.

In addition, SynCardia's Companion 2 (C2) Driver System, which powers the Total Artificial Heart in the hospital and on hospital grounds, was recently selected as one of four finalists in the Critical-Care and Emergency Medicine Products category of the Medical Design Excellence Awards (MDEA). MDEA is the industry's premier design awards competition and the only awards program exclusively recognizing contributions and advances in the design of medical products. The winners will be announced on June 19 in Philadelphia.

SynCardia Systems, Inc. (Tucson AZ) is the privately-held manufacturer of the world's first and only FDA, Health Canada and CE approved Total Artificial Heart. Originally used as a permanent replacement heart, the SynCardia Total Artificial Heart is currently approved as a bridge to transplant for people suffering from end-stage heart failure affecting both sides of the heart (biventricular failure). There have been more than 1,100 implants of the Total Artificial Heart, accounting for more than 300 patient years of life.

Similar to a heart transplant, the SynCardia Total Artificial Heart replaces both failing heart ventricles and the four heart valves, eliminating the symptoms and source of end-stage biventricular failure. Unlike a donor heart, the Total Artificial Heart is immediately available at SynCardia Certified Centers. It is the only device that provides immediate, safe blood flow of up to 9.5 liters per minute through each ventricle. This high volume of safe blood flow helps speed the recovery of vital organs, helping make the patient a better transplant candidate.