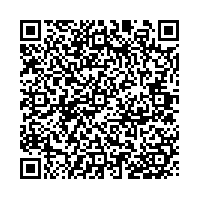 Total Artificial Heart Was Only Option to Save Patient with Extensive Thrombus in Left Ventricle http://www.syncardia.com

(PresseBox) ( Tucson AZ USA, 13-03-22 )
SynCardia Systems, Inc. (www.syncardia.com), manufacturer of the world's first and only FDA, Health Canada and CE (Europe) approved Total Artificial Heart, announced today that Andrew Weaver, a 31-year-old husband and father of one who arrived at Intermountain Medical Center in Salt Lake City in grave condition, has been successfully bridged to a heart transplant with the SynCardia temporary Total Artificial Heart and discharged home.

"We had several concerns when Andrew first came to us," said Dr. Bruce Reid, surgical director of the Intermountain Medical Center Artificial Heart Program. "He had extensive thrombus in the left ventricle and profound biventricular failure. To use an LVAD would've been a very dangerous situation fraught with a high risk of stroke. It was for that reason we felt the best course of action was to replace his heart with the Total Artificial Heart."

Mr. Weaver was born with a congenitally malformed aortic valve, and developed an aneurysm of the ascending aorta. However, these abnormalities were unknown until last February. Over time, his chest pains got increasingly worse. In October, he underwent surgery at a local hospital to have his aorta and aortic valve replaced, but was unable to be weaned from cardiopulmonary bypass. When his heart wouldn't start beating again, he was transferred to Intermountain Medical Center.

"He arrived on ECMO [a machine that takes over the function of the heart and lungs] with an open chest in critical condition," said Dr. Reid. "We kept him on ECMO for a few days hoping that he'd have some cardiac recovery, but he did not. We didn't feel we could bridge him with anything less than a Total Artificial Heart."

Mr. Weaver was implanted with the SynCardia Total Artificial Heart on Oct. 18, 2012. Over the next several months, hospital staff helped him regain his strength and improve his health so he could be listed for a heart transplant. On Jan. 7, he was added to the waiting list, and just five days later, he received his heart transplant. On Jan. 24, Mr. Weaver was discharged from the hospital with his new donor heart. He is currently enjoying life at home with his wife of three years Heather and their 17-month-old daughter Haley and has returned to his job as a supply chain specialist.

"Without the SynCardia Total Artificial Heart, my husband would not have lived, Haley would have grown up without her dad and I would have lost my best friend," said Heather. "Having him home is the best thing in the world!"

SynCardia Systems, Inc. (Tucson AZ) is the privately-held manufacturer of the world's first and only FDA, Health Canada and CE approved Total Artificial Heart. Originally used as a permanent replacement heart, the SynCardia Total Artificial Heart is currently approved as a bridge to transplant for people suffering from end-stage heart failure affecting both sides of the heart (biventricular failure). There have been more than 1,100 implants of the Total Artificial Heart, accounting for more than 300 patient years of life.

Similar to a heart transplant, the SynCardia Total Artificial Heart replaces both failing heart ventricles and the four heart valves, eliminating the symptoms and source of end-stage biventricular failure. Unlike a donor heart, the Total Artificial Heart is immediately available at SynCardia Certified Centers. It is the only device that provides immediate, safe blood flow of up to 9.5 liters per minute through each ventricle. This high volume of safe blood flow helps speed the recovery of vital organs, helping make the patient a better transplant candidate.

In its February 2013 issue, Forbes selected SynCardia as one of "America's Most Promising Companies" for the second consecutive year. On the list of 100 privately held, high-growth companies with bright futures, SynCardia was selected #69, moving up eight spots from its #77 ranking last year. See the full list of SynCardia Awards & Recognition here.

3D printing as a new feature in preoperative orthopedic planning