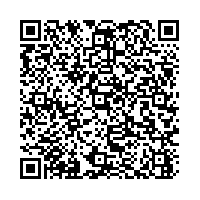 (PresseBox) ( Tucson AZ USA, 10-10-26 )
45-year-old Troy Golden became the second patient in the U.S. to leave the hospital using the Freedom(TM) portable driver to power his SynCardia temporary Total Artificial Heart. The pastor from Geary, Okla. was discharged from INTEGRIS Baptist Medical Center to wait for a matching donor heart at home with his family and friends.

"I'm ecstatic to go home," Golden told the media on the day of his discharge. "I'm ecstatic that this artificial heart has given me a chance to wait for a heart transplant."

Golden is participating in an FDA-approved Investigational Device Exemption (IDE) clinical study of the 13.5 lb Freedom driver, the first portable driver designed to power SynCardia's Total Artificial Heart both inside and outside the hospital. The IDE clinical study is designed to demonstrate that the Freedom driver is a suitable pneumatic driver for stable Total Artificial Heart patients and can be safely used at home.

"If this new technology can help prolong the lives of others suffering from end-stage heart failure and I can play a small role in it, then it will all be worth it," said Golden.

Currently, the only FDA-approved driver for powering the Total Artificial Heart is the 418 lb "Big Blue" hospital driver. Patients supported by Big Blue are confined to the hospital until they receive a heart transplant.

Golden was born with a genetic condition called Marfan syndrome that has been slowly attacking his heart since birth. In 2006, he underwent an aortic valve replacement, an aortic root repair, a mitral valve replacement and the Maze rhythm procedure on his atrium. In January, he was put on the heart transplant list, but his condition continued to deteriorate, until he could barely raise his head off his pillow. On Sept. 15, he became the first person in the region to have his heart replaced with the Total Artificial Heart as a bridge to transplant. Within a month, Golden's condition was stable enough for him to be discharged home.

"This is almost like performing a resurrection," said Dr. James Long, cardiovascular surgeon and director of the INTEGRIS Advanced Cardiac Care program. "This is taking someone who was checking out and giving them life, and life abundantly."