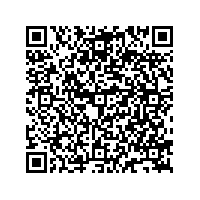 As part of the integration, SYGNIS consolidated the former sites of Expedeon and C.B.S., respectively, both located in San Diego. The SYGNIS group will join its U.S. business at the former C.B.S. facilities with a total space now just under 12,000 SQFT, with expanded manufacturing and engineering capabilities. The lease for the former Expedeon site ended in March 2017, incurring no further costs. As of March 31, 2017, all teams had been integrated and are now fully operational. C.B.S. products will now also be sold through SYGNIS sales force.

Dr. Heikki Lanckriet, Co-CEO and CSO of SYGNIS, said: “As with the successful integration of Expedeon into the SYGNIS Group, the C.B.S. integration went very smoothly. Having the consolidated organization fully operational in only three months post acquisition is an important achievement, enabling the unit to contribute quickly to growing revenues and, ultimately, achieving profitability for SYGNIS.”

Pilar de la Huerta, Co-CEO and CBDO of SYGNIS, added: “C.B.S. was a very well defined acquisition target and well known to us already long before the acquisition.This relationship allowed us to integrate the teams so quickly and smoothly.”

This publication is intended for information only and constitutes neither an offer to sell nor an invitation to buy securities. Some statements included in this press release, relating neither to proven financial results nor other historical data, should be viewed as forward-looking, i.e. not definite. Such statements are mainly predictions of future results, trends, plans or goals. These statements should not be considered to be total guarantees since given their very nature they are subject to known and unknown risks and imponderability and can be affected by other factors as a consequence of which the actual results, plans and goals of SYGNIS AG may deviate greatly from the established conclusions or implied predictions contained in such statements. SYGNIS does not undertake to publicly update or revise these statements in the light of new information or future results or for any other reason

SYGNIS AG is specialized in the development and the commercialization of proprietary technologies and offers a wide range of different commercial products addressing key challenges in molecular biology. With the acquisition of Expedeon Holdings, Ltd. based in Cambridge, UK, SYGNIS has added a complementary proteomic product portfolio. Resulting from this significant expansion, SYGNIS’ product portfolio now covers the entire workflow of molecular biology. The products are sold through a direct sales force and several distribution partners in Europe, the US and Asia. SYGNIS AG has offices in Germany, Spain and the UK, production sites in the UK and the US as well as sales offices in Asia. The company is listed on the German Stock Exchange in Frankfurt in the Prime Standard segment (Ticker: LIO1; ISIN: DE000A1RFM03).