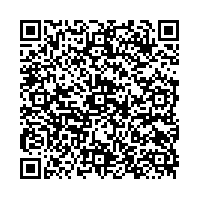 More than 200 invited guests and officials from the Swiss government were welcomed by Ambassador François Barras, Consul General of Switzerland in New York, to a program on March 6 hosted by Bloomberg at its headquarters. The awards, named for legendary Swiss hero William Tell, were presented to senior executives of the honoree companies by H.E. Manuel Sager, Ambassador of Switzerland to the United States.

In accepting the awards, the companies cited the Swiss culture of innovation, availability of multilingual talent, solid political and financial stability, access to local university networks, first rate infrastructure and logistics, and flexible labor market as top reasons for having succeeded and grown faster as a result of their investments in Switzerland. The winning projects are located in the Cantons of Basel-Landschaft (InterMune), Fribourg (Maxwell Technologies), Geneva (Procter & Gamble), and Zurich (IBM and KAYAK).

Ambassador Sager said "In Switzerland we welcome both large and small companies as investors, as demonstrated by those being honored this year that range in size but nevertheless are very important in contributing to the spirit of innovation that is Switzerland's forte." Mr. Bangser added "Switzerland continues to attract investment projects due to its attractive overall business climate including high rankings in key investment selection criteria. For example, in the World Economic Forum's 2012-13 Global Competitiveness Report Switzerland holds the top position for the 4th consecutive year. Switzerland also outperformed all 27 EU member states in the 2011 Innovation Union Scoreboard."

About the Tell Awards:

Note: The Tell Awards were originally scheduled for October 30, 2012, but postponed due to Hurricane Sandy.

For more information on the program and speakers, please visit: www.bloomberglink.com/tellawards.