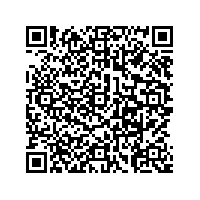 This week's thought-provokers for investors

Subscribe to news
(PresseBox) ( Zürich, 12-07-13 )
Equity markets in Europe took a breather this week and remained largely unchanged. In the US and Asia, however, markets were under pressure. German Bunds and crude oil were in demand. Gold is trading below USD1600/oz again.

Eurozone industrial production rose surprisingly in May, with a 0.6% rise in output becoming the second monthly increase in nine months. Yet the rise only partly reversed the previous month's 1.1% fall. Moreover, production in all the major sectors remained much lower than a year earlier. The durable consumer goods sector is still doing worst, with production 6.4% lower than a year ago.

With the weakening business surveys pointing to more rapid rates of decline, industrial production seems set to fall again in June. Expect overall GDP growth in the eurozone to be slightly negative in the second quarter.

French business confi dence fell to the lowest level in almost three years in June, according to the Bank of France.

Sentiment among French factory executives fell to 91, the lowest since August 2009.

The drop in France's business confi dence is in line with developments in other European markets. It signals a slowdown in Europe's second-largest economy, fuelling concerns that the eurozone could see further contraction.

German consumer prices fell by 0.1% in June from May, according to the Federal Statistics Offi ce. This brings CPI infl ation to 1.7% on the year. Consumer prices were heavily infl uenced by food and energy prices. Energy prices rose by 4% on the year in June, while food prices were up 3.6% in the last 12 months. Excluding food and energy, which together Weekly Economic Wrap-up 13 July 2012 account for almost 20% of private household expenditure, the annual infl ation rate would have been at 1.1% in June.

The annual reading in June is the lowest German infl ation rate in about 18 months. It is within the comfort zone of the European Central Bank, which targets an infl ation rate for the eurozone of just below 2% over the medium term.

German exports beat expectations, surging by 3.9% monthon- month in May after a 1.7% drop in April, according to the Federal Statistics Offi ce in Wiesbaden. Imports even jumped by 6.3% in May from the previous month.

German business and investor confi dence have slumped amid signs of slowing growth, but this data shows that trade is helping Germany weather Europe's debt crisis. Expect the German economy to be resilient as long as demand from outside the euro area is strong and the euro weak.

Spanish prime minister Mariano Rajoy announced a fresh round of austerity measures with tax increases and spending cuts totalling EUR65 billion over the next 2.5 years. This is Spain's fourth austerity package in seven months. The measures will raise the sales levy, scrap a tax rebate for home buyers, scale back unemployment benefi ts, cut study pensions and eliminate the year-end bonus for public workers.

These new measures are about twice as high as announced. Yet the shrinking of the Spanish economy will eat into tax revenues. These steps are thus necessary to achieve the country's defi cit targets, even after the European Union loosened the 2012 defi cit goal to 6.3% of GDP from 5.3%.

China reported the highest monthly trade surplus in over three years in June. The trade balance widened to USD31.7 billion. Exports beat expectations, up 11.3%. Imports rose a disappointing 6.3% on the month. The weak imports and more evidence of weak investment spending are reinforcing worries of a hard landing in the Chinese economy.

China is still struggling to achieve the planned reduction of its dependence on exports by boosting domestic demand outside the property market. Expect more decisive steps from the government to bolster demand.

China's infl ation rate cooled to a 29-month low in June, according to government data. Consumer prices rose by 2.2% on the year, down sharply from 3% in May. Food costs rose by 3.8%. Lower infl ation rates are giving the Chinese central bank room for more policy easing to revive growth after the Chinese economy faced its deepest slump since the 2008 global crisis.

Expect Chinese infl ation to bottom soon, but the People's Bank of China to further increase the amount of money available for lending by reducing minimum reserve limits for banks.

The Bank of Japan expanded its asset-purchase programme by JPY5 trillion to JPY45 trillion (USD564 billion), but avoided any major policy moves to expand monetary stimulus amid recent signs of renewed strength in the domestic economy.

The BoJ thus refrained from monetary easing despite requests from the Japanese fi nance minister to do more.

The Bank of Japan recently had some diffi culty implementing its stimulus eff orts: On July 10 it failed to attract enough bids in a six-month credit lending operation for the 14th straight time. This followed failure of a regular monthly bond-buying operation last week.

Stefan Angele, Head Investment Management & Member of the Executive Board

The information in this document constitutes neither an off er nor investment advice. It is given for information purposes only. Opinions and assessments contained in this document may change and refl ect the point of view of Swiss & Global Asset Management in the current economic environment. No liability is assumed for the accuracy and completeness of the information. Past performance is no indicator for the current or future development. The contents of this document or parts of it can only be used or quoted with the indication of the source. Swiss & Global Asset Management is not a member of the Julius Baer Group.

Swiss & Global Asset Management is one of the leading dedicated asset managers in Switzerland and worldwide. At the end of March 2012, Swiss & Global had client assets under management totalling CHF 80.5 billion and employed around 300 staff . The company off ers a comprehensive range of investment funds, tailored solutions for institutional clients and customised private labelling services.

Swiss & Global Asset Management is a unique combination of Swiss roots - in the form of long-standing client relationships and strong quality awareness - and a network that spans the globe, with more than 1,000 distribution contracts in some 30 countries.

Swiss & Global Asset Management is the exclusive manager of Julius Baer funds. Swiss & Global is a company of the GAM Holding, which is listed on the SIX Swiss Exchange.