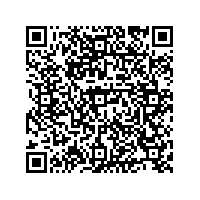 After showing such promise yesterday, Jeremy Seewer was unable to put everything together in the two motos at the MXGP of Trentino, losing the red plate that he worked so hard to gain in the four overseas rounds.

For Hunter Lawrence, a bike problem in the first moto ruined any chances he had of getting a top-10 overall as he then went on to get 11th in moto two, while EMX250 debutant Zach Pichon finished just inside the top-20 overall against some really experienced riders in what was a good learning experience for the young Frenchman.

A disappointed Seewer said: “I try to be positive but it’s hard to be too positive about my races today. We struggled so much with the start which is just so frustrating as that’s the most important thing, especially at a track like this. My confidence was like 200% after yesterday, I did well in all practices, then again in the qualifying race and also this morning in warm-up, I felt so amazing on the bike and I knew that if I was there from the start I was going to beat them because this is the kind of track that I’m good at. It’s just so frustrating not to be able to show what you can due to having a bad start and getting stuck behind riders from the beginning. I got up to ninth but I know I could have done so much better.

“I was then able to forget about that for the second moto and got a good start and made the best out of it. From fifth though, it’s very difficult to get to first on this track as everyone is the same pace more or less. Prado was a little quicker as he had a clear track but for me, it’s frustrating to battle the whole moto and finish only in fourth place.”

The weekend was a lot better than the last round in Mexico for Lawrence but there is still more to come from the Australian rookie as he finds his feet in this MX2 class: “The first moto I was feeling good and although I didn’t get the best start, I made as many passes as I could and was really trying my best and giving 100% as I always do. Unfortunately, I had a bike issue, which could happen to anyone, so that was disappointing as I had to pull off. In between the motos we swapped to a new engine so the bike was good to go for second race. Once again though I got a mid-pack start which really makes it difficult but I worked really hard to do the best I could again. I feel my riding isn’t the issue and I think during the moto I have the speed and the fitness to do really well. I finished 11th this moto and overall it was good. There were no crashes that were my fault but this isn’t where I want to be. I know what I’m capable of, and so do the people around me, and we’ll keep working until we get there.”

In his EMX250 debut, Pichon ended up with 12-27 results (a timing error put him 11th yesterday), but he is looking to bounce back at the second round in a week’s time and had this to say about his second moto: “With my gate pick it was not easy to get a good start so I started in the pack and was starting to get good speed but early on a guy passed me with a block-pass so I had to stop. Unfortunately I was going too fast and crashed in the mud and by the time I got back on the bike I was down the field. I got back though and had good speed again but then I crashed again. After that I found it physically difficult, finding lines was difficult and it was hard to pass those guys again. Yesterday I was 12th and today I hoped to do the same but this didn’t happen so I need to get more experience and improve my riding in the timed practice so that I can get a good gate-pick in the next rounds.”

“It was a very disappointing day” said General Manager Stefan Everts, “yesterday was a really good day with Jeremy riding well, he was motivated for today and then it just didn’t happen. He didn’t get a good start and then it was very tough to come through the pack and he lost a lot of points in the championship. The start was a lot better in the second moto, top five, the kind of start we need to challenge but he came a bit short. There was high competition from his rivals and they made it tough for him; a hard weekend.

“Hunter had a really bad starting gate pick so he struggled with his starts which then made it hard to come through the field. He ended up with a 11th in the second moto and I think he rode well. You could see that his riding was pretty good but of course if you’re stuck behind traffic you can’t put in your fastest laptimes and you lose some time on those in front.”
Overall it was a frustrating day for the team and one that they hope won’t happen again. All the riders are motivated not to let it affect them in future races and with Valkenswaard next weekend they have the perfect chance to bounce back and put in the results their qualities deserve.