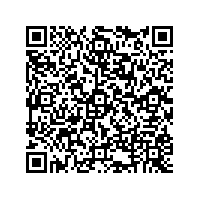 Subscribe to news
(PresseBox) ( Bensheim, 17-07-20 )
he Suzuki World MXGP team will bring their full contingent of riders to the Czech GP this weekend, as the motocross world championship resumes for the 13th round of the series at the picturesque Loket track.

Arminas Jasikonis will be hoping to continue his good form that saw him take his first career podium on board his RM-Z450WS at the previous round in Portugal. Jeremy Seewer will also be hoping to keep his run going, as he looks to make it three MX2 wins in a row in the Czech Republic. Bas Vaessen is looking for a chance to bounce back from his Portugal disappointment, and ride like he did in Russia and Italy while Kevin Strijbos and Hunter Lawrence are going to try and put their injury absences behind them, as they return to MXGP action.

For Jasikonis, this break in the season has allowed him to reflect on his podium achievement in Portugal and while he was obviously extremely happy with the result, he knows that he can’t afford to rest on his laurels. “Everything has gone well since Portugal. It’s been a little break, so last weekend I went to Lithuania to check out how the national series is doing there. Afterwards I did quite a lot of interviews with all the newspapers and TV companies, which was nice to see them showing an interest. It was good to have a little break, but I’m excited to get back to the MXGP racing. Loket is a bit of a strange track and it was actually my first ever GP with Suzuki last year so I have good memories from that. I think it will fun though and although expectations are more than they were before Portugal, I don’t want to put too much pressure on myself as I put the RM-Z450WS on the podium on a track where we had small expectations, so we want to keep that mindset really.”

Seewer also took a small break after those two MX2 victories, giving him a chance to recharge for these four races in the next five weeks. “I’ve not done any racing since Portugal. I just wanted to spend some time at home in Switzerland with the family and relax a bit with some friends and just put my mind on something else before this next run of races. I did that for a week or so before getting back to Belgium and practicing in the sand for Lommel which is coming up soon. Now this week I’ve been back on the hardpack as Loket is this weekend. We’ve also been practicing the starts to improve them even more as we really want the RM-Z250 out front in the races. I quite like Loket, it’s an old-school, natural track which can be quite sketchy with the dirt but I’ve always done quite well there. It’s not my favourite track but I like it and I’m looking forward to racing there.”

With such a gruelling schedule coming up, Vaessen also decided to have a small break before he rode in the final round of his national championship. “After Portugal, I took a weekend off to relax a little bit and change up the rhythm from a race weekend. Then I did Zwartecross, which doubled up as the last round of the Dutch Masters championship. It was quite interesting as the track was completely flat because of all the other classes that take part in the Zwartecross festival. It was fun to do though, racing in front of so many people. Now I’ve just been trying to get ready for Loket, which is actually a track I really like. It’s quite technical and I’ve done quite well in the past there so I think it’s going to be a good weekend.”

Strijbos actually returned to MXGP action at the last round in Portugal and qualified in an impressive eighth place after his elbow injury. However, while riding he damaged his back and had to pull out of Sunday’s race after just three laps. It was obviously a disappointment to have to do that but these two weekend’s off have allowed the Belgian to get fit again and give his comeback another shot in the Czech Republic this weekend. “My doctor just said my back was ‘blocked’, with the muscles and bones not straight in my back any more. Nothing was damaged, but it took a while to get it all loose again. I couldn’t do anything for almost a week after the Portugal GP, then I was able to cycle and do some exercises. However, I was only able to get back on my bike last week, so since then I’ve done quite a lot of training to get myself ready for the Czech Republic. It wasn’t ideal to have another week sidelined after coming back from the elbow injury but that’s the way it is. I’m feeling good though and I’m looking forward to racing in Loket. I like the track quite a lot and I’ve done well there in the past so I’m hoping things will also go well this weekend with some good results.”

Lawrence has also missed some races with a couple of compressed vertebrae but this break has given him a chance to heal up too and now the young Australian will hope he can get back to his pre-injury level, when he was a regular podium challenger on his RM-Z250. “I finally got cleared from the doctor today after he checked out my scans and I’m extremely excited and raring to go for the Czech GP. It’s been hard sitting on the sidelines, but I’ve been training off the bike as much as possible. It’s definitely not the same as riding though, especially when I’ve seen the other Suzuki World riders doing so well as I just wanted to be out there with them. Thankfully I’m good to go for Loket as it looks like quite a cool track and it means I can finally get back to racing, which is all I want to do.”

So with Lawrence and Strijbos healed up from their injuries, the Suzuki World MXGP team will head to Loket, Czech Republic with two full awnings and a lot of excitement, as all five riders are looking forward to resuming their championship campaigns.