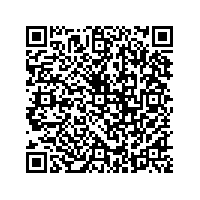 The sandy Valkenswaard track provided a hard challenge for MX2 riders Jeremy Seewer and Hunter Lawrence, but both riders rose to the occasion, finishing in second and sixth place respectively. For Seewer it was a great comeback from what was a difficult Saturday, while Lawrence was also pleased to have notched-up his best result since joining the Suzuki World MX2 team.

“I think we made the best out of the day, after yesterday’s performance” said Seewer, “we turned it around with two good starts, that would have been right up there had I had a good gate pick. Both motos I came from like 15th and immediately passed so many riders so that was a good point from today. First moto my setup wasn’t quite on point so I had to settle for fourth, rather than push on for third but it was still good to get some confidence back after yesterday. Then in the second moto we made some good changes on the bike which made my RM-Z250 really good for this track. I was even better on the start and passed the other riders even quicker and got up to second. I even managed to cut Pauls Jonass’ lead at the front which was a nice feeling. Overall I think it was a positive day, despite losing some points in the championship. To be able to come back from Saturday’s result, and only lose a few points is acceptable. The next round is Latvia and I really like that track so I’m looking forward to doing even better there.”

Team-mate Lawrence was also pleased how the motos went after his performance on Saturday and is happy to have finally showed what he is capable of, with a career best fifth in moto two. “It was a good day. First moto I got a decent start, around 10-15 but then I made a mistake as I was going over a bump, letting off the gas and allowing the bike to stall. It took me a little time to start the bike again by which time I’d dropped down outside the top 20. I then put on a charge which got me up to 10th position, so I was pretty happy with how I was riding and made me look forward to race two.

“Then in the second moto I got another good start on board my RM-Z250, which was running great all day. I moved up from around 10th and just put my head down, rode my own race, got my lines sorted and was really trying to play with the track and link some sections together. I ended up passing some good riders to finish fifth and I was really happy with how I was riding and how the Suzuki World MX2 team progressed throughout the weekend. From Saturday to Sunday it was a nice improvement and I hope to keep this level up for the upcoming GPs. This sixth overall was my best ever finish, combined with my best moto result so I have a lot of positives to takeaway and I’m excited to head to Latvia for the next round.”

Valkenswaard also played host to the second round of the EMX250 championship where Zach Pichon was representing the Suzuki World team. In a class that features many riders with MX2 experience, the young French rider showed good speed, even if the results weren’t quite there. After a 16th yesterday, Pichon spoke about today’s second moto: “In the second race my start was quite good from the outside considering my gate pick. I was around 15-20th position, then 100 metres down the track, while I was on my line, one guy hit me from behind and I had a big crash. I was a little bit dazed, but still got back on the bike, but I was dead last. Gradually I was moving forward but then made a mistake on the inside of another rider and hit him and crashed a second time. I didn’t find a good rhythm the first 15 minutes but the last bit of the race I find some good lines and my laptimes were good. It’s a nice way to end but I didn’t score any points in this moto, so I want to try and change that for the next round.”

General Manager Stefan Everts said: “It was a tough weekend for both of them, but everyone in the Suzuki World MX2 team kept pushing to improve and by the end of the day the RM-Z250 was working really well for Jeremy and Hunter. The changes that we made allowed Jeremy to push much more and you could see it in his riding in that second moto. He caught up to Pauls Jonass quite a lot at the end and that’s really positive and a really good thing for his confidence. The same really for Hunter, as the changes we made really gave him a chance to get a good result and get his spark back. He found his flow, finished fifth and you could tell his confidence is returning. At the end of the weekend it all turned out very positive for everyone.”

It is testament to the character of this squad of riders that they didn’t let Saturday’s results affect them and instead used it as motivation to put in some really good moto scores today. Seewer is still very much in the hunt for the MX2 red plate and Lawrence is gaining confidence after his performance, so they both head to Latvia in a couple of weeks with high expectations.