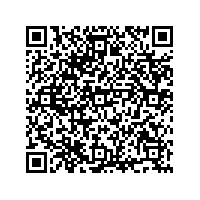 Second podium and first moto win for Roczen in Sweden

(PresseBox) ( Bensheim, 09-07-07 )
Teka Suzuki Europe World MX2's Ken Roczen was once more a leading protagonist at the highest level of motocross as the electric 15 year old earned his second podium of the season and his maiden moto victory at a cloudy Uddevalla circuit, flanked by a rocky hillside of 20,000 spectators for the eleventh round of fifteen in the FIM World Championship. Roczen was 2nd overall and led home the rest of the MX2 field in the first race.

Roczen started the weekend well and rode superbly on Saturday to push Rui Goncalves to the flag in a dispute for pole position. His second entry into the gate for Sunday was another small career-best (also a highest qualification slot yet for the RM-Z250) in what has already been a landmark season. The track was rough in parts and slippery in others where the fine, loose soil has shifted to the outsides of the principal racing lines.

In the first moto the German captured his very first chequered flag at world championship level by chasing, passing and comfortably beating Goncalves. In the second sprint he was bumped at the start and had his line cut. On the fringes of the top twenty around the first turn, Roczen enacted a different race compared to earlier in the day and had to use all of his skills to pass riders up to 7th position. The result was good enough for his second spray of podium champagne in 2009 and after just seven Grand Prix.

Yohei Kojima completed both motos without incident and although he finished in the top twenty in Moto1 a transponder error meant that he registered 22nd. He finished 20th in the second moto for one point.

Xavier Boog (No 44) was not able to participate in the Grand Prix after needing his appendix removed last week. The Frenchman should be able to race again for the fifth round of the ADAC MX Masters on July 26th.

Roczen (No 94) is 6th in the standings and needs 45 points to breach the top five while Boog is 9th after missing the last two events. Kojima holds 30th.

In the sixth and penultimate round of the Women's World Championship Larissa Papenmeier took 4th position overall after suffering a crash in each moto on her run to 5th and 4th. The German is 2nd in the table, 37 points behind Stephanie Laier (just 50 left to win), with the final race to occur in the sand of Lierop, Holland on August 30th.

Teka Suzuki Europe World MX2 now return to domestic duties with the fourth and fifth rounds of the ADAC MX Masters series in the next three weeks (Roczen is currently fourth in the standings and Boog is third). The twelfth round of the world championship will take place at Lommel in Belgium for the Grand Prix of Limburg on August 2nd.

"I had a big battle with Rui in the first moto which I really enjoyed. Winning my first Grand Prix in Teutschenthal was an awesome feeling but my first moto win feels just as good. I got bumped coming out of the gate in the second moto, but this is part of racing and I just had to ride as hard as I could to come from outside the top twenty. I made a big charge and ran out of time to close on the guys at the front. I am really happy with this second place and the way things are going for me this season."

"No crashes this weekend! I scored 22nd in the first moto and I was not so happy with that but at least I had a moto without a fall. My riding was not so bad and I felt that my speed was improving a little. Scoring one point in the second moto was not great but overall I am pleased to finish both races."

"I had some bad luck in the first heat because I crashed into a lapped rider who had fallen in front of me. I went over the bars and it was a big accident so I am lucky I was not hurt. Fifth place was OK because of that. In the second heat I had a good start and led for one lap until Laier passed me. I tried to keep the speed and follow her but then I made a mistake in the sandy corner. I was fifth again but could catch Ellin Mann for fourth. I am not upset but I am disappointed with this GP. I could have been better. I have one point advantage over third position in the championship now and want to defend second place at Lierop."

SUZUKI is successful in the MX2 European Championship, too. In Faenza, Italy, Aleksander Tonkov raced his SUZUKI RM-Z 250 to third place in both races and finished a brilliant overall second. This meant a big step forward for him in the championship where he currently holds sixth place after completion of the first half of this season.