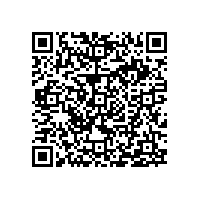 A hard but successful weekend

(PresseBox) ( Bensheim, 09-06-15 )
The third round of this year's ADAC MX Masters in Aichwald was one of the toughest weekends for the Teka Suzuki Europe World MX2 Team this season. Team Teka Suzuki's invited 150 special guests and 12,000 fans enjoyed thrilling races in perfect weather conditions.

Exhausted by this week's tests and the many races from previous weekends, Yohei Kojima, Ken Roczen and Xavier Boog were already tired upon arrival at Aichwald - which was evident during the races.

First race was a hard one for Xavier Boog. Right after the start, the Frenchman from Alsace was far behind, and had a hard time catching up on his SUZUKI RM-Z 250 WS, due to the smaller displacement. In race 2 he pulled a trick or two out of his sleeve, took smart lines and caught up quickly. In the end he finished second (photo, left) and took fifth overall.

Ken Roczen had a hard first race too, and raced against the stronger 450 bikes in midfield on his lesser powered 250. Second race was much better for him, when he took sixth place. Daniel Siegl returned to racing as if he had never been away, leaving Aichwald with two solid races on his SUZUKI RM-Z 450 and seventh overall. Also Yohei Kojima had a hard weekend. The Japanese rider marginally missed direct qualification, but confirmed his ability by winning the "Last Chance Race". Also Sunday was full of bad luck. He didn't find his rhythm in race one and finished 20th in the end. Race 2 began with a good start, but then he was hit by another rider in the first corner and crashed. He recovered and with a hurt leg he started made good progress through the field, but missed the points.

Xavier Boog: "First race was really bad, and I had a bad start and couldn't find my rhythm, I don't know why. Race 2 was much better for me. After a good start I got in the top 15 and made good progress through the field. On the final lap I made a great pass and managed to finish second. That was terrific."

Daniel Siegl: "I was got annoyed during my first race. I was lying on fourth position, but then I tired and during the last ten minutes I fell back to seventh. Race 2 was a lot better. I came from behind and was able to catch up position by position finishing eighth in the end and was quite happy with the days outing, after returning from injury."

Ken Roczen: "Aichwald was hard for me. In race 1 I had a bad start, and I wasn't able to pass the stronger 450s. I couldn't make up positions, and wasn't happy with my result.
Second race was fairly okay, I found a much better rhythm and made up some positions. That was good fun. Finishing eight overall was ok under the circumstances."

Yohei Kojima: "I had a hard time here. The track was so easy and nearly everybody was able to ride fast here. It was a weekend to forget. In race one I made some mistakes, couldn't pass and finished 20th. In race 2 I crashed in turn 1 and hit my leg. Later on in the race my exhaust broke. I want to put this weekend behind me and am looking forward to showing my real ability next week"

Thomas Ramsbacher, Team Manager: "We knew that this week's tests wouldn't help in getting good results at the weekend, as the riders really worked hard. We were on sand to test parts for the next rounds of the MX2 Wold Championship in Lettland, Lommel and Lierop and the MX Masters at Aichwald had to play second fiddle. Considering this, our results are fairly okay and we're looking forward to Teutschenthal."

Teutschenthal will be the home GP-race for the Teka SUZUKI Europe World MX2 Team next weekend followed by the GPs in Lettland and Sweden.